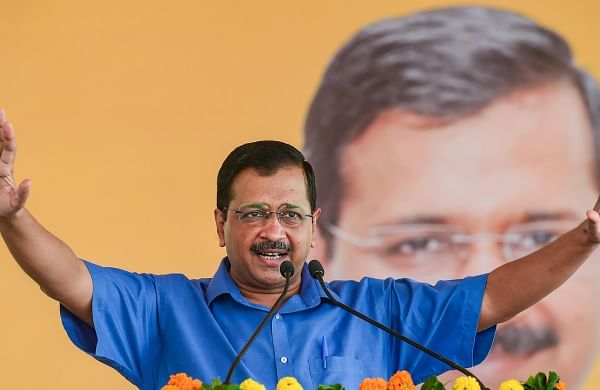 CHANDIGARH: The Bharatiya Janata Party (BJP) and the Congress looted Himachal Pradesh for 17 years and 30 years respectively. The next alternative before the people of the hilly state is the Aam Aadmi Party (AAP),  Arvind Kejriwal said.

The assembly elections are slated to be held in the state in November this year.

Addressing a rally at Chambi ground in Shahpur assembly constituency in Kangra district on Saturday, the Delhi chief minister sought the people one chance for his party to rule.

Himachal was ‘Dev Bhoomi’. “When God made the world, he made Himachal Pradesh the most beautiful place on earth. God has given everything it has given mountains, water, herbs and wonderful people, but BJP and Congress looted Himachal during their rule. The Congress ruled for 30 years while the BJP for 17 years. After having looted, now, both parties are abusing me,’’ the Delhi CM said.

“Give us a chance to rule for five years. If we let you down, reject us,” quipped the AAP national convenor.

Kejriwal said his detractors say that the situation in Himachal is different. But Himachal needs change and people have to opt for his party to usher in the change. He noted that he has heard that the BJP would go for early polls in Himachal and Gujarat.

“We demand that other BJP governments should also follow suit,” he said.

“It is time to make ‘Naya Himachal Pradesh’. I urge all the good people in BJP and Congress to leave their parties and join the Aam Aadmi Party. I request the people of this state to give AAP a chance,’’ Kejriwal appealed.

He got a rousing reception on his arrival as AAP managed to mobilize a large crowd.