‘Keenly watching all the developments’: Doval amid Afghan minister’s visit to Pakistan 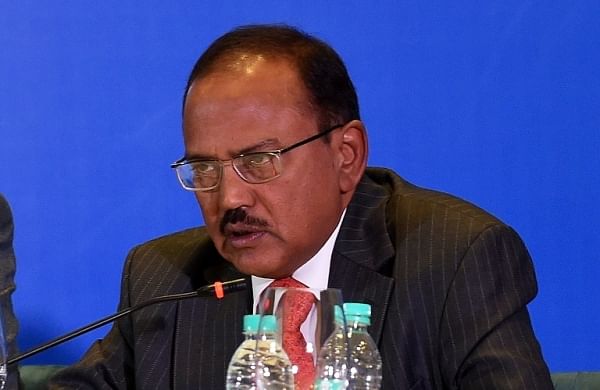 NEW DELHI: The recent developments in Afghanistan have important implications not only for the people of that country but also for its neighbours and the region, NSA Ajit Doval said on Wednesday at an eight-nation dialogue hosted by India on the Afghan crisis.

Chairing the meet, Doval in his opening remarks said it is time to have close consultations, greater cooperation and coordination among the regional countries on the Afghan situation.

The Delhi Regional Security Dialogue on Afghanistan is being attended by security czars of Russia, Iran, Kazakhstan, Kyrgyzstan, Tajikistan, Turkmenistan and Uzbekistan.

India is hosting the dialogue to firm up a common approach for practical cooperation in confronting increasing threats of terrorism, radicalisation and drug trafficking following the Taliban’s takeover of Kabul.

“We are meeting today to discuss matters relating to Afghanistan. We all have been keenly watching the developments in that country,” Doval said.

“These have important implications not only for the people of Afghanistan but also for its neighbours and the region,” he said.

The NSA hoped that the deliberations will be productive.

“This is a time for close consultations amongst us,” he said.

“I am confident that our deliberations will be productive, useful and will contribute to help the people in Afghanistan and enhance our collective security,” he added.

Meanwhile, Acting Foreign Minister of Afghanistan, Amir Khan Muttaqi, would visit Pakistan on Wednesday, his first visit to the country, as part of efforts by the two sides to reset their ties in the wake of the Taliban’s takeover of Kabul, it was announced here on Tuesday.

The visit is taking place as a follow-up to Foreign Minister Shah Mahmood Qureshi’s visit to Kabul on October 21 and Pakistan remains committed to supporting a peaceful, stable, sovereign, prosperous and connected Afghanistan, the Foreign Office said in a statement.

It said that Muttaqi will lead a high-level ministerial delegation to Pakistan from November 10-12.

“The exchanges will centre on Pakistan-Afghanistan relations with a particular focus inter alia on enhanced trade, facilitation of transit trade, cross-border movement, land and aviation links, people-to-people contacts, and regional connectivity,” according to the FO.

In view of the prevalent situation, Pakistan has been urging the international community to urgently provide humanitarian assistance and economic support to alleviate the suffering of the Afghan people.

For its part, Pakistan is extending humanitarian and economic assistance to the people of Afghanistan, the FO said.

Pakistan has been trying to convince the world to diplomatically engage with the Taliban after they seized control on Kabul on August 15.

However, the international community is still sceptical about the hardline Islamists, especially on issues like terrorism emanating from the war-torn country and their promises to respect human rights.

Afghanistan has been under Taliban rule since August 15 when the Afghan militant group ousted the elected government of President Ashraf Ghani and forced him to flee the country and take refuge in the UAE.