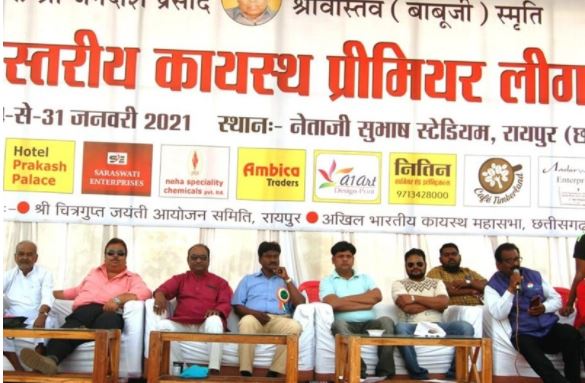 Kayastha Premier Cricket League has now reached a turning point. The process of reaching the semi-finals has started. With the second consecutive win, the SS Brothers became the first team to reach the semi-finals of the tournament. While the other team Brahma Boys has also reached the semi-finals.

Like this year in memory of late Shri Jagdish Prasad Shrivastava (Babuji), a match is being played for the youth of Kayastha society this year. The first match took place between Sri Chitragupta Sena and Khairagarh Blaster, with Sri Chitragupta Sena batting first to score 97 runs in 10 overs.

Batting first, the SS Brothers scored 167 runs in the allotted 10 overs losing three wickets. The most Adarsh ​​Verma contributed 49 runs for his team. In response, the team of Raipur Royals, who came out to play, could score only 101 runs in the prescribed 10 overs. His team lost this match by 66 runs. Adarsh ​​Verma was awarded the Man of the Match for his all rounder performance. With the second consecutive win, the SS Brothers became the first team to reach the semi-finals of the tournament.