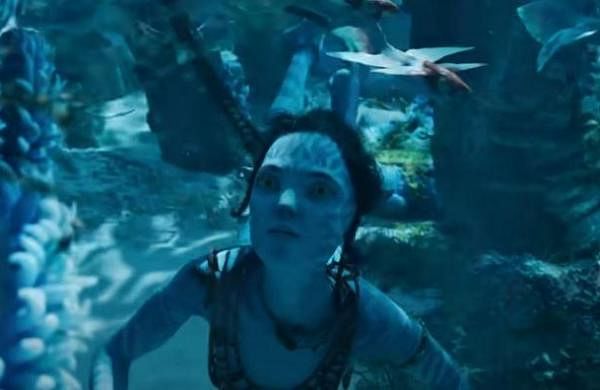 The first look images of English actor Kate Winslet’s character from the upcoming film, ‘Avatar: The Way of Water’, are out now. The images were released by British publication Empire Magazine exclusively worldwide. Kate, who previously collaborated with Cameron in Titanic, will be seen as Na’vi warrior Ronal in the second instalment of Cameron’s Avatar franchise, following the 2009 film.

Avatar is set in the mid- 22nd century of Pandora, a habitable moon in the Alpha Centauri star system, which is colonised by humans to mine valuable minerals. In the upcoming film, Avatar: The Way of Water will explore the oceans of Pandora that will also feature new clans, creatures and adventures.

Speaking to Empire Magazine, Kate said about her character, “She is a strong warrior. Even in the face of grave danger, and with an unborn baby on board, she still fights for what she holds most dear. Her family and their home.” In the sequel, Kate’s Ronal leads the Metkayina tribe, who live in Pandora’s oceans.

According to reports, Winslet learned how to hold her breath underwater, which also resulted in her breaking Tom Cruise’s record of holding his breath underwater for six minutes for Mission: Impossible – Rogue Nation. For the Avatar sequel, Kate held her breath for seven minutes and 14 seconds. The film is set to hit the theatres on December 16.