Kashmir only problem between India and Pakistan, can be solved through talks: PM Imran Khan 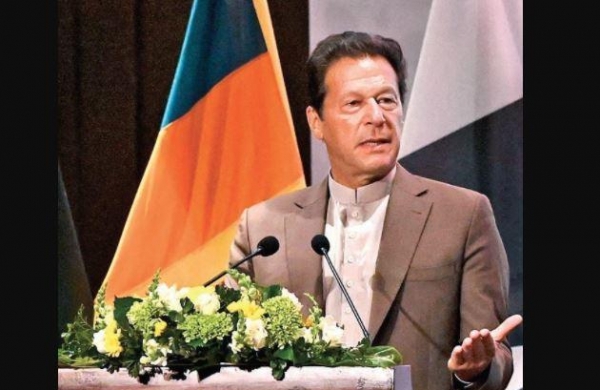 By Express News Service
NEW DELHI: Weeks after Pakistan Army Chief General Qamar Bajwa seemed to soften his stand towards India, Pakistan Prime Minister Imran Khan on Wednesday said Kashmir was the only problem between the two countries and that could be solved through talks.

“Our only dispute is Kashmir and it can only be resolved through dialogue,” Khan said while addressing the Sri Lanka-Pakistan Trade and Investment Conference in Colombo.

The Pakistan PM said he had held talks with Prime Minister Narendra Modi when he assumed power on the way forward, but the move did not succeed.

“Immediately when I came into power, I approached our neighbour India and explained to PM Modi that the way forward for the subcontinent is to resolve our differences through dialogue. I didn’t succeed but I am optimistic that eventually sense will prevail. The only way the subcontinent can tackle poverty is by improving trade relations,” he added.

Earlier, Bajwa had said the two countries must resolve the Kashmir issue in a “dignified and peaceful manner”.

India has maintained that though it prefers to have normal relations with neighbouring countries, the onus is on Pakistan to create conducive atmosphere.