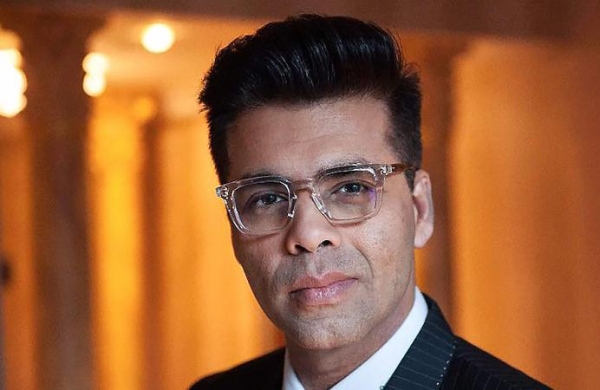 By PTI
LONDON: Celebrated filmmakers Karan Johar and Asif Kapadia were among those honoured with an Icon Award at the London Indian Film Festival (LIFF) for their contribution to cinema.

Johar, the producer-director of several Bollywood box-office hits, and Kapadia, the Oscar-winning director of the documentary on British singer-songwriter Amy Winehouse, were among those to receive awards at the conclusion of LIFF 2021 last week.

The festival, backed by the Bagri Foundation and British Film Institute (BFI), was staged in a hybrid form this year amid the ongoing coronavirus lockdown restrictions.

“It’s a testament to a strong team that we have been able to pull off a dynamic festival online and back in cinemas against considerable challenges and we especially thank the cinemas that have helped us find innovative marketing strategies to attract audiences back,” said Cary Rajinder Sawhney, LIFF Executive and Programming Director.

“Our highlighting of British Asian filmmakers, I’m pleased to say, has created a real buzz with younger South Asian people keen to celebrate our contribution to British cinema and arts. Other new strands like Save The Planet, have also attracted new audiences exploring ecology in the Indian Subcontinental context. Excited to be growing again,” he said.

Some of the other awards of the year included Outstanding Achievement Awards for Bollywood actors Shruti Haasan and Janhvi Kapoor.

The festival opened with a feature documentary for the first time, with Ajitesh Sharma’s ‘W.O.M.B’ (Women Of My Billion), which attracted standing ovations from audiences.

The film, focussing on the social and political issues faced by women in different parts of India, also went on to win the Audience Award of the year in London and Birmingham.

“Our aim is to share this bold, unusual and compelling film with the widest audiences possible and hope that we can increase awareness on this heartbreaking and very real issue that is faced by millions of women not only in India but world over,” said Apoorva Bakshi, the producer of ‘W.O.M.B’.

The festival said its general feedback was that audiences were excited to be back in cinemas, many for the first time since the very first UK wide lockdown in March 2020.

Ben Luxford, Head of UK Audiences at the BFI, said: “LIFF screenings and talks with British Asian talent at our own BFI Southbank had solid attendance and we were also pleased to provide a selection of Great British Asian films, co-curated with LIFF, on the BFI Player for audiences across the UK.”

Alka Bagri, Trustee of the Bagri Foundation, added: “We at the Bagri Foundation have this year focussed our support on LIFF’s online screenings and I am pleased to say that the quality and diversity of programming has been quite exceptional. In line with the Bagri Foundation’s ethos, LIFF has showcased the very best of South Asian arts and culture. We are particularly pleased that the festival has now developed its first year round programme online at LoveLIFFatHome.com, reaching audiences UK-wide.”