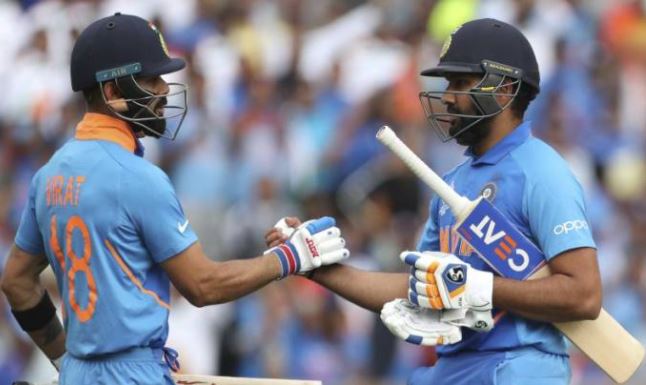 The talk of Rohit Sharma being named the T20I captain has been buzzing around the Indian cricketing spectrum for a while. After the right-handed batsman helped Mumbai Indians lift their 5th Indian Premier League (IPL) title, the talks intensified with many experts of the game asking for Rohit to be given the Team India captaincy in T20Is at least. Former India skipper Kapil Dev, however, doesn’t feel the concept of split-captaincy works in India.

“In our culture it is not going to happen that way. In one company you make two CEOs? No. If Kohli is going to play T20s and he is good enough. Let him be there. Even though I would like to see other people coming out. But it’s difficult,” said Kapil at the HT Leadership Summit.

“Our 80 per cent, 70 per cent of the team across formats is the same team. They don’t like captains having different theory. It may bring more differences between the players who look up to the captain. “If you have two captains, players might think he is going to be my captain in Tests. I will not annoy him.”

Swing more important than speed:
The IPL 2020 saw pace bowlers really come to the fore utilising their skills, with the likes of Kagiso Rabada, Jasprit Bumrah and Trent Boult topping the wicket-taking charts. There are other bowlers too like Sandeep Sharma who made an impact with the ball.

Analysing how the pacers went about the T20 league, Kapil feels they have to understand how important swinging the ball is in comparison to bowling fast. Kapil cited the example of Sandeep who regularly picked wickets in the powerplays.

“I am not happy with fast bowlers (these days). The first ball cannot be cross seam. Players in IPL realised that swing is more important than pace. Sandeep (Sharma), who bowled 120 kph, was tougher because he was moving the ball,” he explained.

“Bowlers have to understand it’s not the pace, it’s the swing. They should learn but are running away from art. T Natarajan was my hero of IPL. Young boy was fearless and bowling so many yorkers,” the legendary all-rounder said.

“The art of swing bowling should come back. Learning the knuckle ball and all is fine. If you don’t know how to swing the ball, everything is waste,” he further said.

Kapil, however, is quite impressed with the current crop of pacers in the Indian cricket team.