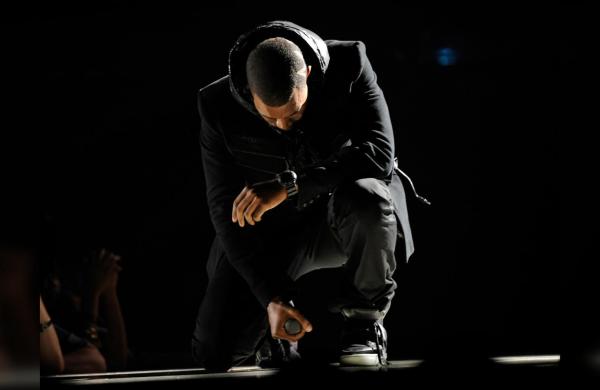 By ANI
WASHINGTON: American rapper Kanye West’s latest music found the Grammy winner addressing the end of his marriage to Kim Kardashian during the listening party for his 10th studio album, ‘Donda’, recently.

According to People magazine, the 44-year-old rapper held a listening party at the Mercedes Benz Stadium in Atlanta on Thursday, previewing a song called ‘Love Unconditionally’ that discussed his ongoing divorce and the impact it’s had on him.

The track started with the voice of the rapper’s late mother, Donda West, who died unexpectedly in 2007 at the age of 58, offering words of advice about love and marriage.

Kanye then repeated the lyrics ‘I am losing my family’ as the track continued.

Dropping to his knees in front of a crowd of supporters, Kanye got emotional as the song played.

Kim, who filed for divorce in February after six years of marriage, witnessed the performance in person, having made a surprise appearance at the listening party.

Kim and Kanye’s four children, daughters North and Chicago plus sons Saint and Psalm were also spotted in the crowd for the occasion along with their mother and her sister Khloe Kardashian.

An insider had told People magazine at the time that Kim, who began dating Kanye in 2012 and later wed in 2014, never wanted the 22-time Grammy winner to be removed from their kids’ lives and “has made it clear that Kanye can talk to his children anytime he wants.”

As they continue to navigate their divorce, Kim and Kanye appear to be on a united front as co-parents. A source told People magazine earlier this week that the former couple has been spending some family time with their kids.

The insider also divulged that “Kanye has accepted that Kim wants a divorce. For a long time, it was very hard for him. He was disappointed. He has come around though.”

Since his split from Kim, Kanye has been linked to model Irina Shayk. In June, the pair was spotted together celebrating Kanye’s birthday in France.

At the time, a source informed People magazine that the duo has “known each other professionally for years” but Kanye “started pursuing Shayk a few weeks ago.”

As for Kim, she “is fine with Kanye dating. She just wants him to be happy,” the source said.

Kim’s split from Kanye marks her third divorce as she was previously married to Damon Thomas from 2000 to 2004 and parted ways with ex-Kris Humphries in 2011 after 72 days of marriage.