Kanker gets 8 new ambulances for hot-market clinic scheme, treating about 400 people in a week 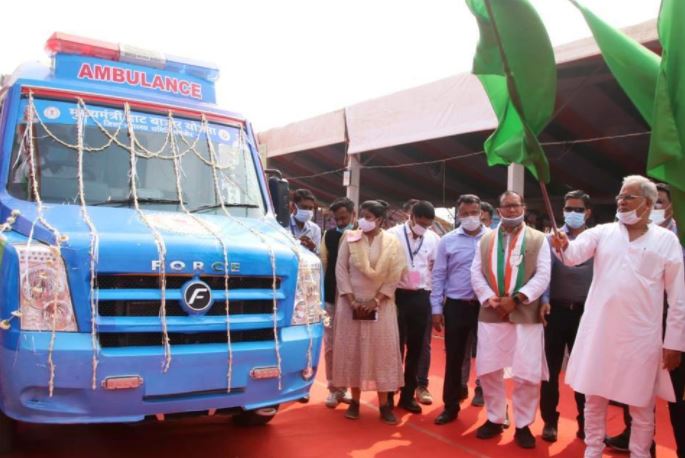 The Government of Chhattisgarh is continuously making new efforts to provide free health services to the people. Hospitals are now reaching out among the people themselves through the Chief Minister’s Haat-Bazar Clinic Scheme. Through this scheme, medicines are being made available in remote villages and forest areas of the state by free screening and treatment of people. Chief Minister Shri Bhupesh Baghel had recently cleared eight new ambulances for the Chief Minister’s Haat-Bazar Clinic Scheme during his stay in Kanker on 28 January. Two new ambulances were sent to two and one each to the remaining blocks in the Koyelebada development block to provide health facilities to the people in the hot markets of Kanker district.

Health Minister Shri T.S. On the initiative of Singhdev, eight new ambulances have been purchased for Kanker district at a cost of Rs one crore 54 lakh to reach more and more people under the Chief Minister’s Haat-Bazar Clinic Scheme. The mobile medical team of the Health Department has treated 382 people in 18 hot markets in seven days between 28 January to 3 February with the help of these ambulances. During this period, the health department provided medical facilities in Charma, Durgakondul and Koylibeda development blocks, four each in Narharpur and Kanker and one each in Antagarh and Bhanupratappur.