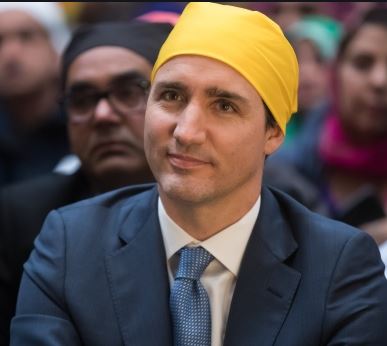 Canadian Prime Minister Justin Trudeau on Tuesday came out to extend his support on the protest by Indian farmers against the three farm laws. Trudeau is the first international leader to do so.

On the occasion of Gurupurab Trudeau was interacting with Canadians from the Sikh community where he talked about the ongoing protest in India.”I would be remiss if I didn’t start by recognising the news coming from India about the protest by farmers. The situation is concerning. We are all very worried about family and friends. We know that’s a reality for many of you

Let me remind you, Canada will always be there to defend the rights of peaceful protesters. We believe in the process of dialogue. We’ve reached out through multiple means to the Indian authorities to highlight our concerns. This is a moment for all of us to pull together”, Trudeau added.

This video was put out on the evening of 30 November in Canada, which according to Indian time is the 1st of December. Earlier Canadian defense minister Harjit Singh Sajjan had written on Twitter:

“The reports of peaceful protesters being brutalized in India are very troubling. Many of my constituents have family there and are worried about the safety of their loved ones. Healthy democracies allow peaceful protest. I urge those involved to uphold this fundamental right,”