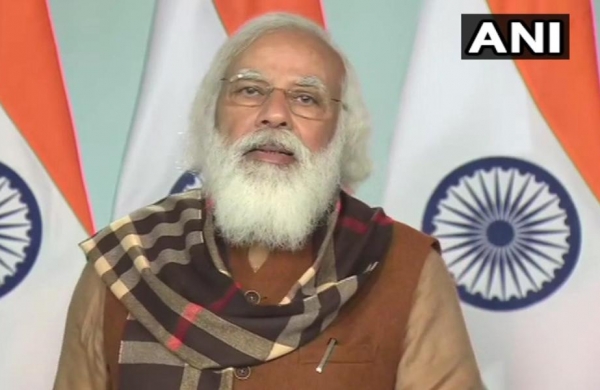 By ANI
NEW DELHI: Our judiciary has always interpreted Constitution positively to strengthen it further, said Prime Minister Narendra Modi on Saturday while adding that the judiciary has always performed its duty, be it safeguarding the rights of people of the country or when a situation arose where national interest needed to be prioritised.

“Our judiciary has always interpreted the Constitution positively and creatively to strengthen it further. Be it safeguarding the rights of people of the country or when any situation arose where national interest needed to be prioritised, the judiciary has always performed its duty,” said PM Modi while addressing the Diamond Jubilee of the High Court of Gujarat, through video conferencing.

Prime Minister Modi also released a commemorative postage stamp on the Diamond Jubilee of the High Court of Gujarat.

“I want to congratulate Gujarat High Court for always working towards securing truth and justice in the country. In the past years, Gujarat HC and the Bar have carved a distinctive identity with their legal understanding, scholarship and intellectualism,” he added.

The duty and devotion with which the Gujarat High Court has acted for justice, the readiness for its constitutional duties has strengthened both the Indian judicial system and India’s democracy, the Prime Minister stated.

“Rule of law in Indian society has been the basis of civilization for centuries. Our ancient texts say the root of good governance lies in providing justice. Bar and judiciary should work towards building the world-class Judicious System in the country,” he added.

Present at the event, Kamal Trivedi, Advocate General said, “Today’s event marks the Diamond Jubilee Anniversary of Gujarat High Court which was established on May 1st, 1950. It is indeed my privilege to be present on this occasion for the release of a commemorative postage stamp of the High Court of Gujarat at the hands of PM Modi.”

Since its inception our High Court has played a pivotal role in the development of our society and has produced a glittering galaxy of eminent judges and lawyers, he added.

Tushar Mehta, Solicitor General of India said, “Today we commemorate a historical journey of 60 years of this great institution of which most of us have been a part. This institution has given brilliant judges, scholarly jurists, extraordinarily brilliant authors and exceptionally well-equipped councils to the nation.”