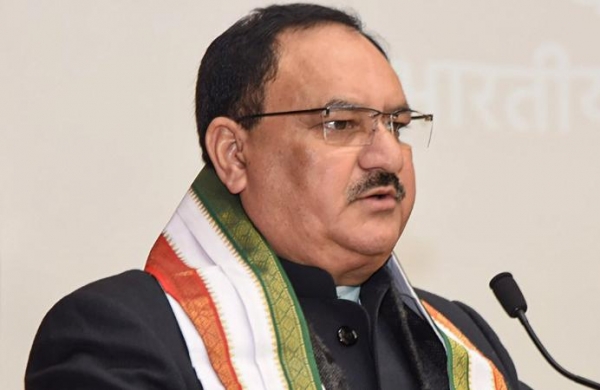 By PTI
KOLKATA: BJP president JP Nadda is set to launch the party’s ‘Rath Yatra’ in West Bengal on Saturday to mobilise public support ahead of the assembly elections but confusion prevails over grant of permission for the march during which party leaders intend to crisscross the state.

Nadda is scheduled to kick off the ‘Parivartan Yatra’ from Nabadwip, the birthplace of 15th century saint Chaitanya Mahaprabhu in Nadia district. Union Home Minister Amit Shah is also likely to inaugurate two of the five proposed yatras later this month.

However, confusion prevailed till Friday evening over its prospects as Nadia district administration is yet to accord permission for the Rath Yatra. Although the BJP claimed it has received permission, the district police insisted it is for a public meeting and not the Rath Yatra.

“We have provided no objection for the public rally of JP Nadda. But no permission has been given for the so-called Rath Yatra as the matter is sub-judice,” a senior police official said.

Several top BJP leaders are scheduled to arrive in West Bengal during the month-long campaign to start from Nabadwip on Saturday. The party proposed to launch similar yatras from Coochbehar, Kakdwip in South 24 Parganas, Jhargram and Tarapith in Birbhum between February 6 and 11.

The state government asked the BJP to seek permission from the local district administrations. “We have got permission from Nadia district. The administration is permitting us according to the jurisdiction of police stations. The police have taken all the details regarding the route and rallies,” Banerjee claimed.

BJP state president Dilip Ghosh accused the state administration and the ruling TMC of dilly-dallying the matter. “The Rath Yatra will be a game-changer in West Bengal politics. It will kick off a wave of support in favour of the BJP and act as the final nail in the TMC government’s coffin. The TMC has been trying to delay the permission just like it did the last time,” Ghosh said.

The Trinamool Congress, meanwhile, accused the BJP of indulging in “malicious propaganda” by claiming denial of permission to hold the campaign.

“GoWB has not denied permission to any Yatra, as claimed by @BJP4Bengal.They are indulging in malicious propaganda with neither substance nor truth. BJP must show material evidence of GoWB denying permission to their Yatra. This is BJP’s attempt to claim victimhood,” the TMC tweeted.

A BJP functionary had sought permission from Chief Secy, whose office directed them to local authorities. Meanwhile, a PIL was also filed regarding the same in the High Court & the matter is now sub judice.We thereby clarify that AITC has nothing to do with this issue. (2/2)
— All India Trinamool Congress (@AITCofficial) February 5, 2021

State minister Bratya Basu said it would have been improper for the state government to accord permission for the events from a “single point”. The BJP was therefore asked to obtain permission for district administrations concerned. “A PIL was also filed regarding the same in the High Court & the matter is now sub judice. We thereby clarify that AITC has nothing to do with this issue,” the TMC said.

A PIL was filed before the Calcutta High Court on Wednesday, praying for its intervention to prevent the BJP’s planned ‘rath yatra’ across the state, claiming that it would impact the COVID-19 situation and law and order in the state.

Trinamool Congress spokesperson Kunal Ghosh said, “Rath Yatra symbolises hatred and fear”. “Rath Yatras since the 1990s by the BJP have led to communal tensions. It is a symbol of hatred. In Bengal also they want to destroy the communal harmony,” he said.

Terming the allegations as baseless, BJP spokesperson Samik Bhattacharya said the TMC is afraid of allowing the saffron party from carrying out its political programmes. In 2018, the BJP had planned Rath Yatras across the state but the programme had to be called off as the state government declined permission.

After having a limited presence in the politically polarised state for decades, the BJP has emerged as the main rival of the ruling Trinamool Congress ever since it won 18 of the 42 Lok Sabha seats in West Bengal in the 2019 general elections. Elections to the 294-member state assembly are due in April-May this year.