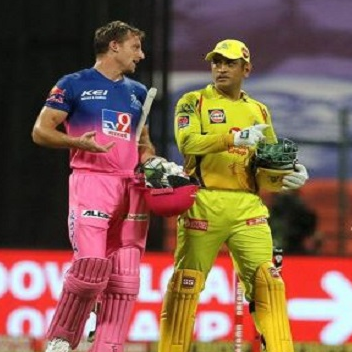 The innings expected of Jos Butler to Rajasthan Royals in IPL-13 (IPL 2020) was seen against Chennai Super Kings at the Sheikh Zayed Stadium on Monday. Chasing a small target of 126 runs, Rajasthan had lost three wickets for 28 runs and it was difficult to bat on the wicket. Butler led the team to victory with a 98-run partnership with captain Steve Smith. Butler smashed an unbeaten 70 off 48 balls and was adjudged Man of the Match for the innings. After the match Butler said, “We lost some matches, so it was good to win this match.” I was trying to come up with energy in my batting which I felt was not there in the last match. I felt more comfortable at the crease. It is a great feeling. Butler said, in T20 cricket you can curse yourself for bad form because you don’t get a chance to play more balls, but you have to trust yourself. Butler usually bat open. He also played in the opening matches this season as an opener, but has come in the middle order since the arrival of Ben Stokes. Butler said, if we win then it is good. I am happy to bat where the team wants.