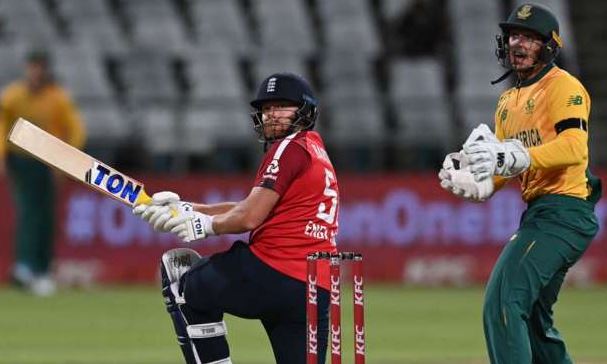 Jonny Bairstow is relishing the new role of batting in the middle-order for England as he led his team to a stunning comeback win over South Africa in the 1st T20I of a 3-match series in Cape Town on Friday. Bairstow was asked to bat at No. 4 as England opened with Jos Buttler and Jason Roy in their chase of 180.

Things did not go according to plan for England as they were reeling at 34 for 3 at the 6-over mark of their chase. Openers Roy and Buttler failed to get going and No. 3 batsman Dawid Malan was dismissed for 19. However, Bairstow kept his composure and delivered a chasing masterclass.

Stitching a 83-run stnad with No. 5 batsman Ben Stokes, Bairstow put the pressure back on South Africa. The England wicketkeeper-batsman struck 86 from 48 balls, hitting 9 boundaries and 4 sixes to take his side past the finish line and hand them a 1-0 lead.

“It is something you have to enjoy, having played different formats of the game, whether you are opening or batting at number six, you learn to craft your innings in different ways. Different surfaces will change our (batting) order, but we are fortunate to have people who can come in and play different positions,” Bairstow said.

“The rate went up 13 (runs per over) at one point, but if you look at our lineup, we always feel we are in the game.”

Bairstow remained unbeaten as England completed the chase with 4 balls to spare — something that looked improbable when they were struggling after losing early wickets. It was the first time since 2018 the Sunrisers Hyderabad batsman had batted anywhere lower than No. 3 for England in T20I cricket.