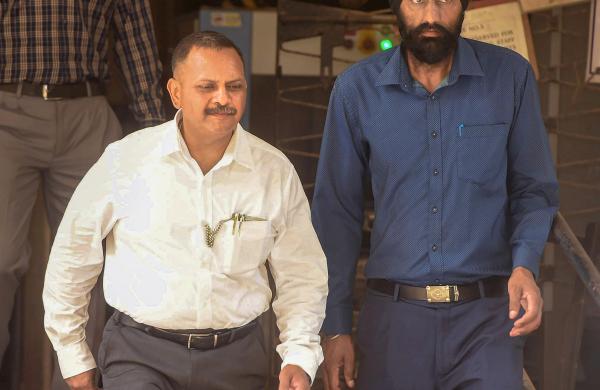 By PTI
MUMBAI: Malegaon bomb blast case accused Lieutenant Colonel Prasad Shrikant Purohit on Wednesday told the Bombay High Court, through his lawyer, that he was collecting intelligence for the Indian Army as part of his duty by attending conspiracy meetings for the 2008 blast.

The high court was hearing Purohit’s application seeking that all charges against him in the case be dropped.

Six people were killed and 100 others injured when a bomb strapped to a motorcycle went off near a mosque in Malegaon city in Nashik district of Maharashtra on September 29, 2008.

Neela Gokhale, the counsel for Purohit, who has been booked under anti-terror laws by the National Investigation Agency (NIA), told a bench of Justices SS Shinde and MS Karnik that he had been meeting conspirators and attending secret meetings in a bid to gather information and pass it on to the Army.

Gokhale submitted that Purohit was merely discharging his duties, and therefore, the NIA should have obtained a prior sanction of the Central government to prosecute him.

She said the section 197(2) of the CrPC (Criminal Procedure Code) barred a court from cognisance of any offence that had been committed by any member of the Armed Forces while acting in discharge of his or her duties without previous sanction of the Central government.

Gokhale cited “documents from the Indian Army, and former Mumbai joint commissioner of Mumbai Police, Himanshu Roy, commending Purohit for the inputs and information he had allegedly shared with them over the years”.

“I (Prasad Shrikant Purohit) am pointing out from these documents that I was discharging my duty, infiltrating in the groups and reporting to my superiors for protecting national security,” Gokhale said.

“And for this work, they put me in jail, tortured me, and branded me a terrorist,” the counsel said.

In September last year, Purohit had filed a pleain the HC seeking that all charges in the case against him be quashed.

He submitted that the NIA, the prosecuting agency in the case, did not seek prior sanction under the Criminal Procedure Code to prosecute him, therefore, the courts couldn’t have taken cognisance of the charges against him.

The NIA, however, opposed Purohit’s plea.

In an affidavit filed in the high court in September last year, the NIA had said that in attending the conspiracy meetings, Purohit was not working for the Army and therefore, no sanction under 197 of the CrPc was required for his prosecution.

Purohit was arrested in the case in 2009.

According to the NIA, the motorcycle used in the blast belonged to Purohit’s co-accused and BJP MP Pragya Thakur.

The HC will continue hearing the arguments in the case on February 2.