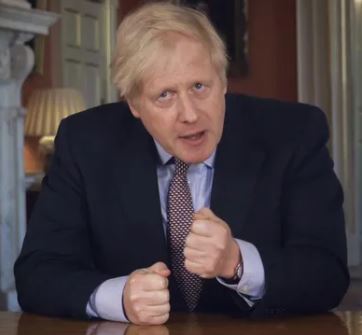 British Prime Minister Boris Johnson might take the COVID-19 vaccine live on television as a way to encourage people to get vaccinated. According to Sky News, Johnson’s press secretary Allegra Stratton, while talking to reporters, said that the Prime Minister would not hesitate in taking the jab live on TV, but he would also not want to jump the queue as there are more vulnerable people than him who needs to be vaccinated first. The UK government has reportedly prepared a list of people who would be prioritised when the vaccine is deployed for the mass.

Johnson on Wednesday hailed the approval of Pfizer’s vaccine as a “huge step” towards normality, but also warned people to not let their guards down as the country ended national restrictions in some places on December 2. Johnson urged people to follow rules in areas where restrictions continue to be in place as a measure to block the spread of the virus. The regulators in the UK on Wednesday approved the American pharmaceutical company Pfizer’s mRNA-based vaccine that it has developed in association with German firm BioNTech.