John Legend, Republic Records, Sony Music, You Deserve It All 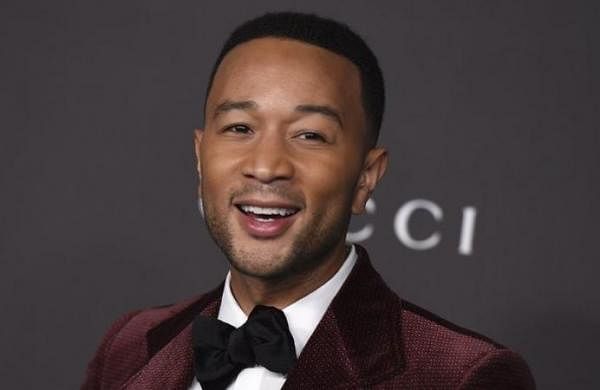 WASHINGTON: After being with Sony Music since the start of his career, American singer-songwriter John Legend has signed with Republic Records, with his debut for the new label due next year and a holiday single coming out this week.

According to Variety, in a statement, Legend said, “I am excited to partner with Republic Records in this next chapter of my career. Everyone at the label has been so wonderful to work with. I am thrilled to take this new artistic and creative journey with them and look forward to sharing new music with people soon.”

The official kickoff to Legend’s affiliation with Republic will be coming soon, ‘You Deserve It All’, his holiday single, will arrive on Republic on Thursday. “There’s just no one like John Legend,” said Republic Records’ president of west coast creative, Wendy Goldstein.

She further added, “He’s the consummate 21st-century superstar whose impact across culture and the world at large only continues to expand. We’re so honoured to join forces with him as he launches this next era with some of his most powerful music yet.”

Legend had not made it a secret that he was considering his label options. In an August 2020 cover story for Variety that named him Music Mogul of the Year, the singer talked about the pending expiration of his deal with Sony.

“The way you monetize your work is through so many other things, beyond streams and physical sales. For me, recording is about building my legacy and my brand and using it as a calling card to do other things, like perform live. We can do it on our own; the question is, do we want to? Columbia has been cool. I’ve been there since the beginning of my career, and we’ve had a lot of success together,” he said then.

The singer continued, “Obviously, personnel changes matter, [chairman/CEO] Ron Perry is fairly new there, and we’re getting to know each other, but we’ve had a great run there. Ask me in a year.

Legend’s affiliation with Sony had started with his 2004 debut album, ‘Get Lifted’, which remains his career best-seller with 2.8 million units. As per Variety, originally, he was co-signed with G.O.O.D., the imprint founded by Kanye West. His last album for Sony was 2020’s ‘Bigger Love’.