Jogidih of Dhamtari will be made a revenue village. Survey 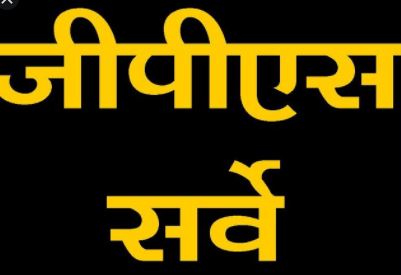 Impressed by Ravi Shankar Sagar Reservoir Project Gangrel, who were displaced at Jogidih, Collector Shri Jai Prakash Maurya reached with revenue staff at 12 noon today. Hearing their problem of access among the villagers, first of all surveyed the staff of Revenue Department in the next 15 days and directed the sub-divisional officer Revenue Dhamtari to give a letter of land ownership to the remaining 76 people on the basis of actual possession. In view of the long-standing demand to declare it as a revenue village, the Collector soon got G.P.S. IIT for conducting survey Instructions have also been given to correspond with Roorkee. Let it be known that G.P.S. A detailed survey will be done in which, based on the actual occupation, the map will be issued and a separate landholding number will be issued to the villagers and a letter of land ownership will be issued. After resolving the survey and claim-objection, the record authority will be prepared and declared in the Gazette as a revenue village. With the formation of revenue village, the villagers will get the benefit of government schemes.
Significantly, the mercury of Bagodar is located in 1580.20 acres of Jogidih. There are 110 families inhabited here and its total population is 500. The displaced of Ravi Shankar reservoir Project Gangrel were also settled here. Those who had tenant land at that time, they were allotted five acres and those who had houses, they were allotted two and a half acres plot. Water resources from the forest, then transferred to Jogidih to the Revenue Department and Gangrel affected families settled here. It has been reported that till now about 100 out of 176 landowners have received the letter, the remaining 76 government lease holders will also be given a letter of landowner title on the basis of their actual possession in the next 15 days.