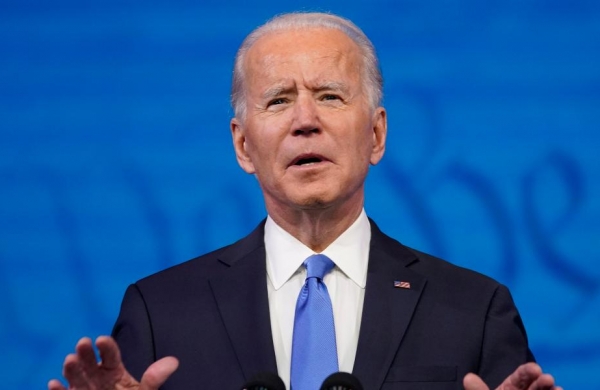 Express News Service
CHENNAI: With Joe Biden steering a blue wave of change in the USA, the domino effect has been clearly visible on the Indian I-T space, as hiring has picked up for skilled manpower in the West. I-T consultants in the city are on a hiring spree following the brakes applied on the recent modifications introduced by the Trump administration to H1-B visa rules.

There are huge requirements that have come for the past one month, says PR Vignesh Raja, an I-T consultant at the Chennai-based Fusion Global Solutions Pvt Ltd. He adds that he is getting ‘positive vibes’ about simplifying the visa process. “Many of those whose H1-B visas expired and could not be renewed will now opt for it. You will see a spike in visa applications now,” claims Raja.

The Biden administration has also been espousing for racial equality. The latest development brings to an end to years of effort by the Trump administration to rescind an Obama-era regulation that allowed a certain subset of spouses of H1-B visa holders to work in the US. Data from the US government shows that Indians had filed 74 per cent of all H1-B petitions in fiscal year 2019. Raja is positive that the cap on these visas will now be increased.

Manoj, who works for Baltimore’s health and strategic welfare firm, says that the move would prove beneficial for many like him. He had returned home to Madurai for his wedding and is now trying to go back to the State with his wife. “I am now on an F-1 visa and would be applying for H1-B in March. It all depends on the lottery system and the visa cap,” he says.

Aditya Narayan Mishra, CEO of CIEL HR Services, a staffing firm, told Express that Biden’s move in overturning many policies of the Trump administration will result in a free movement of professionals between the two countries. He says that it will also be a boon for the outsourcing industry which is good for both the countries, adding that the on-site activity, which was frozen, will resume again.

Mishra also opines that the US was impacted by the ‘reverse brain-drain’ as more Chinese and Indian nationals have been returning home due to the clamps introduced by the Trump administration. As the restrictions ease, he says there could be a return of the skilled labour force, which could fuel the US economy. While it seems that the clamp on visas may have been relaxed, the other issue the techies face is not the work permit, but the tickets to fly to the United States. “Only few seats are available for those who want to get back to the US,” says an I-T professional. She says her friend who has been trying for a ticket, is now struggling to fly back as there are only a few airlines which fly to the US.

Meanwhile, spokesperson at the US Consulate General, Chennai, Cori Bickel told Express that the process of issuing work permits, also known as employment authorization, is managed in the United States by the US Citizenship and Immigration Services (USCIS). US consulates have no role in this process. That being said, the US Consulate General, Chennai, does issue H-4 visas, which permit family members of H-1B visa holders to enter the United States. Once in the United States, certain H-4 visa holders may file Form I-765, Application for Employment Authorization, to request employment authorization and an Employment Authorization Document (EAD).

When asked if the Consulate had resumed stamping H1-B visa applications, Bickel said that at the time, embassies and consulates were able to resume visa services based on local conditions and the health and safety of staff and customers. “The US Consulate General, Chennai, is offering limited visa services, including to students and work-based visas  including H1-Bs. We will continue to expand visa services as appropriate, given the health and safety conditions,” Bickel said.

She added that the Consulate General in Chennai currently has visa appointment availability throughout the months of February and March, in both student and petition-based categories, and their family members, including H-1B, H-4, and F-2. “We are unable to comment on specific visa applications,” she said, responding to a query on how many such visas are pending.