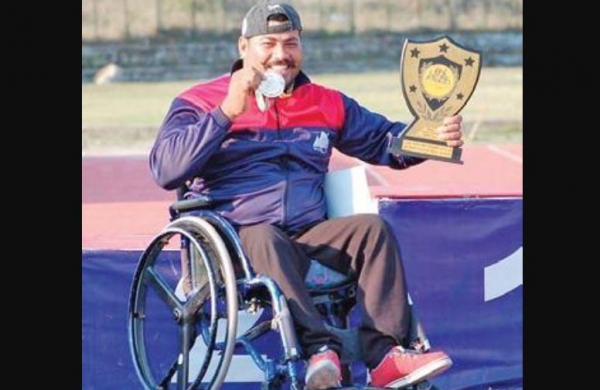 Express News Service
DEHRADUN: Life is not rosy for all those who play cricket for India. Things are very different for players on the differently-able side, as Rajendra Singh Dhami is finding out. Former captain of the wheelchair cricket team of India and current captain of Uttarakhand, Dhami has been waiting for over six months for the fulfilment of promises made to him by Uttarakhand Chief Minister Trivendra Singh Rawat and state government officials, who said they would find him a job.

“I got assurances from the honourable chief minister through the district magistrate’s office for a job but nothing has moved in that direction yet. Our MLA Bishan Singh Chufal made a similar promise. But now, everyone is ignoring me when I am trying to contact them,” Dhami told The New Indian Express.

After it was reported last year that Dhami was working as a manual labourer, Indian Olympic Association gave him Rs 50,000. The district magistrate’s office of Pithoragarh came forward with Rs 20,000.

A resident of Raikot village in Pithoragarh, Dhami had resorted to breaking stones for road building under the MGNREGS. Despite lack of support, the 34-year-old has not got fed up with life and committed himself to training youngsters instead.

There are around 20 differently- able teenagers who learn cricket and its various aspects from him.

Bishan Singh Chuphal, BJP MLA from Didihat Assembly of Pithoragarh, responding to queries related to employment promises made to Dhami, said: “The government cannot guarantee a job, but priority will be given in agencies like UPNL (Uttarakhand Purv Sainik Kalyan Nigam Limited) and other out-sourcing ventures.”

Dhami’s family income is under Rs 3000 a month at the moment. He and his 65-year-old father are forced to work as manual labourers.