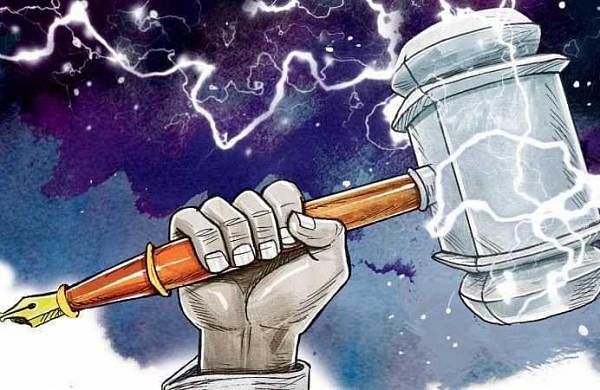 SRINAGAR: A fortnight after Kashmir Press Club (KPC) was granted re-registration under the Societies Registration Act 1860 and a day after the management of the top journalists’ body announced elections, the authorities put in abeyance the re-registration of the KPC as a society.In its January 14, 2022, order to put re-registration of KPC on abeyance, Registrar of Societies, Director Industries and Commerce Kashmir stated that the re-registration granted under number 7427-Sof 2021 dated December 29, 2021, to KPC has hereby been kept in abeyance till the receipt of the final report from the Additional District Magistrate of Srinagar.The KPC had on December 29, 2021, received a re-registration certificate under the Societies Registration Act 1860 from the Registrar of Societies Kashmir Division, Government of J&K.After being granted re-registration, the KPC had announced the holding of elections on February 15, 2022.The KPC elections were scheduled for July 2021 after the end of the two-year term of the first-elected body of journalists. However, the election got delayed due to the pending re-registration process of the Club.The KPC, which has over 300 journalists as members, held its first election in the erstwhile state of J&K in 2019.The Kashmir Press Club has called a meeting of its management body as well as the executive Committee members today to discuss the latest development. “The club management was legally bound and also had the mandate of the majority of its members to safeguard the interests of the Kashmir Press Club when it applied for re-registration following due course of law. The management body had been waiting for the official formalities to be put in place and as soon as that was communicated to it last week, the decision to hold the elections was taken and announced. However, with the new unfortunate development, the registration of the society has been put on hold which has advertently also stalled the election process for the new body that was set in motion,” reads a statement issued by KPC.It stated that the management committee wants to put this on record that during its tenure it has run the KPC with professionalism and integrity. “It hopes that the institution, which has been established after a lot of efforts by the fraternity, continues to be allowed to function in the best interests of its members”.Meanwhile, three local newspaper editors – Arshid Rasool of Daily Gadyal, Farooq Wani of Brighter Kashmir and Shafat Kira of Kashmir Vision — have written a letter to District Magistrate Srinagar alleging that the journalist fraternity of Kashmir is bereft of the proper and legal executive body of the Kashmir Press Club in the wake of the end of the two-year term of the previous body, which was running the affairs of the club.The three editors have nominated an interim committee comprising nine people to run affairs of the Kashmir Press Club till elections are held.