J&K: Army scales down hunt for hiding militants, may focus on plugging gaps 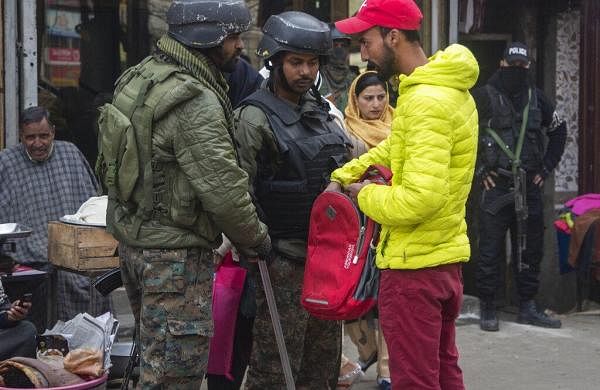 SRINAGAR:  The Army has scaled down its month-long search operation against militants in the dense forest areas of Poonch and Rajouri districts in Jammu and Kashmir as no fresh contact has been established with the militants.

The well-armed and well-trained militants have been engaging soldiers in multiple gunfights in the forests in which nine army men, including two Junior Commissioned Officers (JCOs), have lost their lives.

An army official told this newspaper that the scale of operation against the militants in the forest areas has been scaled down.

“Some sort of cordon is still there. A few army parties are still there. However, the strength of troops that was there during the initial phase of operation is not there now,” said the official.

The official said no body of militant or weapons have been recovered during the search operations.

The Army used drones, helicopters and also pressed para commandos into service to track down the militants, whose exact number is not known. Retired Army brigadier Anil Gupta said counter-insurgency grid had been disturbed and the security forces would have learnt the lesson from the operation.

“Now after the Poonch operation, security forces would take measures to plug those gaps to give no space to militants,” he said.

Gupta said there is apprehension that some militants, who might have infiltrated across the border, may have reached south Kashmir by passing through the dense forests without being detected.

Former J&K police chief Kuldip Khoda said since nine soldiers have been killed in gunfights with militants, it means the militant group is bigger and well-armed.

According to security officials, the dense forest area and the caves in the twin border districts of Poonch and Rajouri can lead a person to Bafliaz in Poonch and there from Shopian in south Kashmir.

SRINAGAR: Two militants were killed in two separate gunfights with security forces in Kulgam and Srinagar on Thursday.

An unidentified militant was killed in encounter when security forces launched a search operation in Kulgam.

The second encounter erupted in Bemina area of uptown Srinagar in the evening, leading to death of another militant.