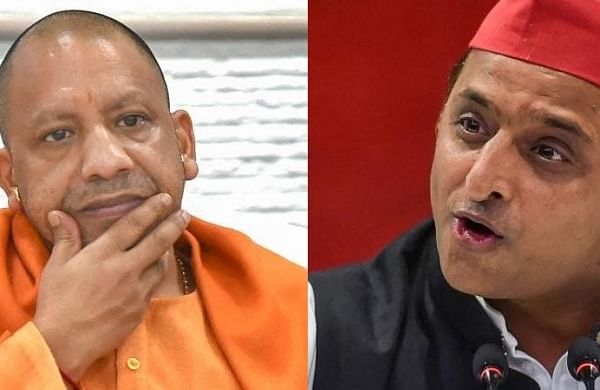 CHANDIGARH: Hours after he hit out at SP chief Akhilesh Yadav for “comparing” Muhammad Ali Jinnah with Sardar Vallabhbhai Patel, Uttar Pradesh Chief Minister Yogi Adityanath on Monday, November 1, 2021, said “Jinnahwadis” used to fire bullets on the followers of Lord Ram, but under the BJP-led dispensation, the enemies of the country and those who try to harm innocent citizens are targeted.

Addressing a function of the “Nath Sampradaya” in Piyala village in Haryana’s Faridabad district, Adityanath said, “When you support good people, the society and the country benefit from it.”

“Remember that if the country had not made Narendra Modi the prime minister in 2014, what would have happened. There would have been anarchy. Sometimes Pakistan, sometimes China, Naxalites would have cast an evil eye. The terrorists in Kashmir, who were spreading disorder, would have spread it even more,” he said.

The BJP leader said the provisions Article 370 of the Constitution, which was the “mother of terrorism”, were abrogated.

“Not only this, a solution was found to the Ayodhya dispute, which was going on for 500 years, paving the way for the construction of a grand Ram temple,” he added.

Earlier in the day, speaking at a programme in Uttar Pradesh’s Moradabad, Adityanath hit out at Yadav for “comparing” Jinnah with Patel, saying it is Talibani mentality that believes in breaking the society.

At a public meeting in Uttar Pradesh’s Hardoi on Sunday, Yadav spoke of Mahatma Gandhi, Patel, Jawaharlal Nehru and Jinnah in the same breath as leaders who fought for the country’s independence, drawing the BJP’s criticism.

“I was listening to Akhileshji’s statement. He was comparing Jinnah, who divided the country, with Sardar Patel, who brought the nation together. This is a shameful statement,” Adityanath said in Moradabad.