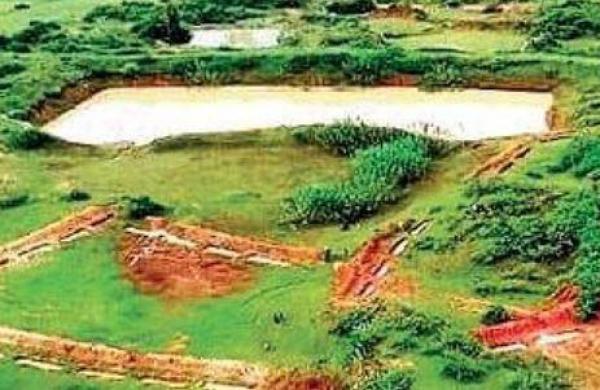 Express News Service
RANCHI: To deal with rising water crisis, people in 35 villages of interior Jharkhand have found a solution. Villagers of Ichak Block in Hazaribagh have succeeded in increasing the water level by digging 31,000 trenches, leading to conservation of over 400 crore litres of water and directing it to 52 small and big water bodies.

Under normal circumstances, it is believed that 70 trenches on one hectare of land helps conserve one crore litres of water every year. Besides increasing the water level, this initiative of the Jharkhand State Water Shed Mission in association with local NGO Jan Jagaran Kendra has enabled farmers to do multiple cropping and make barren land cultivable.

According to Sanjay Kumar Singh of Jan Jagaran Kendra, a campaign called ‘khet ka pani khet me, gaaon ka pani gaaon me’ (farm water in farms, village water in villages) was launched under which trenches were dug to conserve water. It was decided that trenches would be dug to check the unrestricted flow of water. “Under this technique, 70 trenches on one hectare of land are dug.

In Ichak Block, around 31,000 trenches on 440 hectares in 35 villages have been dug which conserves 440 crore liters of water,” said Singh. After digging trenches, it was found that the water table in the region has increased and barren land has become cultivable.

Singh said the water flowing though these trenches are directed to 52 ponds and water bodies which were created. These ponds have also helped people increase their income through fish farming. “The Kendra is doing a commendable job and has brought about a revolution in water conservation in the region. They have succeeded in replenishing water table,” said Deputy Development Commissioner Abhay Singh.