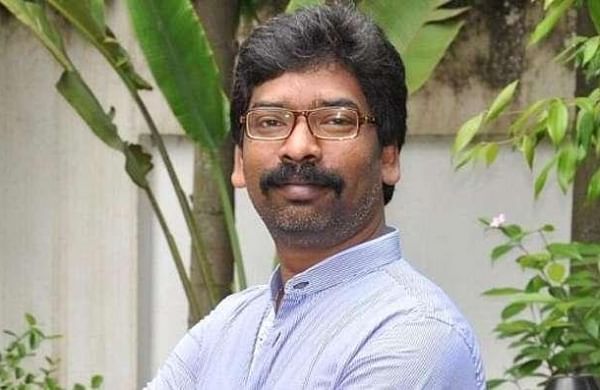 By PTI
RANCHI: Promising to provide world-class infrastructure to players in Jharkhand, Chief Minister Hemant Soren on Tuesday said the local sportspersons participating in the Tokyo Olympics will be made state icons to inspire others.

Soren was addressing a function to felicitate players here during which he also gave appointment letters for police job to 12 players from the state for excelling in different sports, a statement from the Chief Minster’s office said.

In addition, the chief minister presented Rs five lakh each to the family members of archer Deepika Kumari, representing the country in the Tokyo Olympics, and Nikki Pradhan and Salima Tete, members of the women’s hockey team.

Despite challenges faced in the wake of Covid-19 pandemic, the government is making all efforts to promote sports persons, he said adding that the players were being appointed for the first time post state-hood besides appointment of sports officials.

Jharkhand was created in 2000.

They are being rewarded for their superior performance, he said adding apart from this sports grounds, Astro Turf stadiums and football grounds are being developed in the panchayats.

The chief minister said players are honing their skills on a day-to-day basis despite severe lack of facilities, resources and challenges in rural areas.

“It is a matter of pride for all of us, especially the way women and girls are making their name, state and country proud in sports amidst limited resources,” he said.

He said the players participating in Olympics will be suitably rewarded when they come home.

Providing job appointment letters to the players, the chief minister said though they will do service in the police department, but will be completely associated with sports and will not have to worry about their employment.

“Show your talent in sports, the government will take full care of you,” he said.

In the absence of Madhumita Kumari, her mother Suman Devi was given her appointment letter, while Ritesh Anand and Reena Kumari could not attend the function.

Congratulating Women’s Hockey team for reaching the semi-finals for the first time in the Tokyo Olympics, he wished them victory against Argentina in the semi-finals.

Due to the three players being in Tokyo, the award money were received by their parents.

Geeta Devi, mother of archer Deepika Kumari received the sum while mother of Nikki Pradhan – Jeetan Devi, father Sama Pradhan and sister Shashi Pradhan were handed over the money on her behalf.