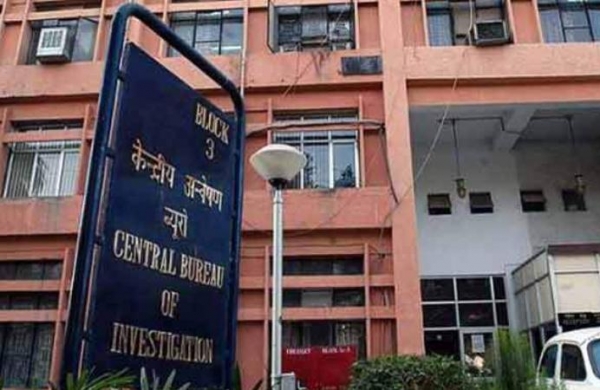 Express News Service
RANCHI: Family members of the 27-year-old Indian Navy sailor Suraj Kumar Dubey, who allegedly was abducted and charred to death at Palghar in Maharashtra when he refused to pay a ransom of Rs 10 lakh to the abductors, are not ready to believe the narrative and demanded CBI inquiry into the matter.

According to the officer’s elder brother Neeraj Kumar Dubey, if he had been kidnapped the perpetrators must have contacted any of his family members for the ransom money, but none of them received any phone call and any kind of communication in this regard.

“I have been told that my brother has been charred to death for a ransom of Rs 10 lakh which is completing misguiding as we did not receive any phone calls on any of our phones,” said Neeraj Kumar Dubey.

The narrative of kidnapping being presented to them could not be believed as he had no enmity with anybody, he added. “We demand a detailed inquiry by an independent agency like CBI into the case and status of a martyr to my brother,” said the elder brother. The chronology of incidents and the way he was been killed brutally, clearly indicates that Suraj was killed for an ulterior motive which might also have involvement of some other officers of his department, he added.

When asked why he thinks so, Dubey said that they have doubts on Dharmedra who also made a call on his father’s mobile and inquired whether Suraj left home to join the duty. “We doubt that a person who introduced himself as Dharmendra and inquired on my father’s phone asking whether Suraj left for Coimbatore or not within few minutes after he left home is involved in the killing,” Dubey said.

ALSO READ | Navy official burned alive in Palghar for refusing to pay Rs 10 lakh ransom According to call detail record obtained by Maharashtra Police, Dharmendra was in regular contact with Suraj and had communicated 13 times through SMS on January 30, he added. Police said that while returning back to duty on January 30, three men allegedly abducted him at gun point outside Chennai Airport around 9 pm and demanded ransom of Rs 10 lakh.

He was detained at an undisclosed location in Chennai for three days. Later, he was brought to the forest in the western ghats of Vevji village in Talasari taluka near the Maharashtra-Gujarat border around 9 am on February 5, it said. Locals informed police after they spotted the naked man in the forest. The officer succumbed to his injuries on Saturday while being shifted to a Mumbai hospital for further treatment.

A case under Sections 302, 364, 392 and 34 has been registered against the three unidentified kidnappers at Gholwad police station in Palghar. Deceased Suraj, 24, who came on January 2 for engagement, had joined Navy in August 2012 and was posted at Coimbatore. Dubey, who hailed from Kolhua under Chainpur Police Station in Palamu, was posted with the Leadership Training Establishment at INS Agrani near Coimbatore.

According to his elder brother, Suraj left home on January 30 and took a bus for Ranchi from where he boarded a flight for Chennai via Hyderabad. After reaching Hyderabad, Suraj informed his mother saying that he will be taking a flight for Chennai and call again after reaching there. But, he never called back again. Both his numbers were found to be switched off on January 31.

When the family members failed to reach to Suraj over phone, they informed the commanding officer of his unit in Coimbatore. Finally, they lodged a complaint at Chainpur Police Station in Palamu after he failed to report on duty on February 1 at Coimbatore.