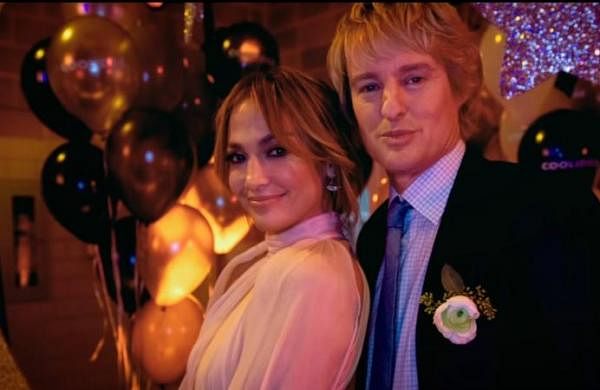 WASHINGTON: After months of wait, Universal has finally set the release date of the music-infused romantic comedy ‘Marry Me’ starring Jennifer Lopez and Owen Wilson in lead roles.

As per The Hollywood Reporter, the makers have set a dual release for the movie– in theatres and on sister streamer Peacock.

‘Marry Me’ will release on February 11, 2022, in time for Valentine’s Day, the same day it was previously set to launch exclusively in theatres.

Packed with original songs by Lopez and Latin music sensation Maluma, ‘Marry Me’ is based on a graphic novel of the same name by Bobby Crosby.

According to The Hollywood Reporter, the movie centres on a pop superstar (Lopez) who, moments before marrying her rock-star fiance at Madison Square Garden (Maluma), finds out that he was cheating on her with her assistant and spontaneously melts down on stage and picks a random, divorced math teacher (Wilson) out of the crowd to marry instead.

Kat Coiro has directed the movie from a screenplay by John Rogers, Tami Sagher and Harper Dill.