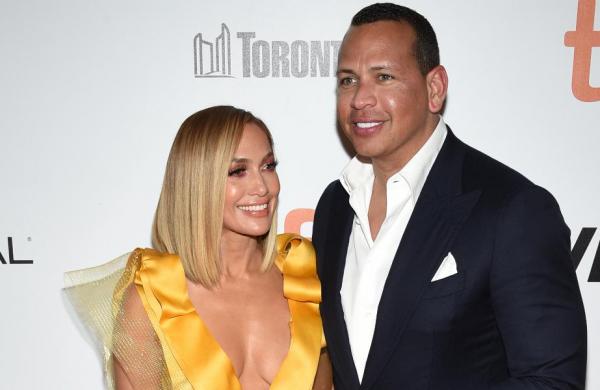 By ANI
WASHINGTON: American singer-actor Jennifer Lopez and Alex Rodriguez were spotted getting cozy and spending some quality time in the Dominican Republic after breakup rumours.

As per Fox News, a week ago, reports claimed that the duo had called it quits following four years of being together. However, not long after, the two in a statement to Fox News said, “All the reports are inaccurate. We are working through certain things.”

Only days prior, it was reported that Rodriguez had travelled to the Dominican Republic, where Lopez is currently shooting a film. In photographs acquired by an outlet, the pair could be seen sharing a kiss outside while the ‘Husters’ star relaxed in a white shower robe.

In other photographs, JLo appeared to joyfully welcome Rodriguez upon his appearance and even folded her arm over him as he kneeled down to her level. A source additionally disclosed to People magazine that Lopez “was eager to see” Rodriguez “face to face” in front of their DR reunion.

The source further added that the pair are ‘truly’ attempting to ‘sort things out, and “it was a glad get-together.” On Monday, Rodriguez wrote on his Instagram Story, “New week. New day. Forward. Upward,” as he panned a tropical scene and tagged Lopez.

A source additionally told Fox News that, while reports of their separation were untimely, the two have as of late run into certain issues. “Nothing was concrete. They hit a tough situation yet are working through it,” the source said.

An initial report from Page Six said that Lopez was occupied in the Dominican Republic recording a film while Rodriguez is “in Miami preparing for baseball season.”

Recent reports also pointed to previous rumours stemming from earlier this year regarding an alleged romance between Rodriguez and ‘Southern Charm’ star Madison LeCroy. However, multiple sources indicated at the time that there was no connection between the two.

A source claimed to Fox News on Saturday that a third party “did not contribute” to the couple’s recent troubles. “Jennifer and Alex have a lot greater things – like organizations and their [respective] kids – to stress over,” the source asserted.