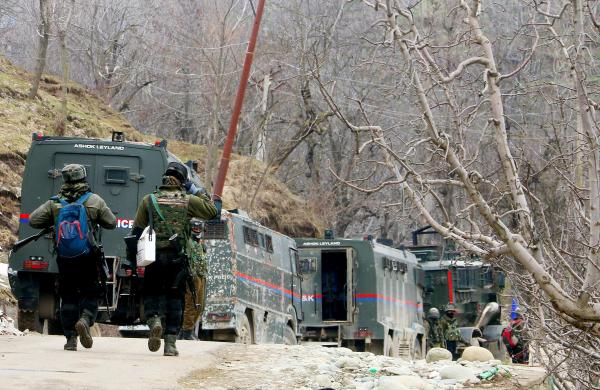 Express News Service
SRINAGAR: Top Jaish-e-Mohammad commander Sajjad Afghani was gunned down in an ongoing encounter that entered the third day at Shopian in South Kashmir.

Fresh firing resumed at the encounter site at Rawalpora on Monday morning.

“The militants hiding in the area fired at the troops who retaliated during which the second militant was killed,” a police official said.

The security has been tightened to prevent militants from escaping from the area.

With Monday’s killing, the death toll in the gunfight has risen to two.

On Sunday, a local Lashkar militant Jehangir Ahmad was killed. A US-made M4 carbine rifle and 36 armour piercing bullets were recovered from his possession.

The encounter had started on Saturday evening at Rawalpora village of Shopian during the cordon and search operation launched by the troops.

The security forces had launched a search operation in the area after receiving inputs that top Lashkar commander Sajjad Afghani and his associates were hiding in the area.