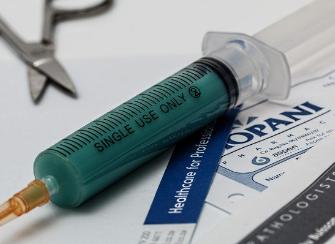 Five districts of Chhattisgarh state will now be vaccinated with Japanese encephalitis (JE). Vaccination officers have been trained at the national level for this.

However, this vaccine is already being administered in Sukma district of Chhattisgarh. Now residents of five other districts will also be vaccinated to protect themselves from meningitis. State Immunization Officer, Dr. Amar Singh Thakur said that Culex Treatiniorx mosquito bite caused Japanese encephalitis. This makes vaccines of great importance in prevention. After getting JE vaccinated, the risk of attack of the disease on the child is eliminated. Can prevent death and disability risk from JE through vaccination. Preparations are being made for vaccination. Soon, health officers will be imparted district level training as per the instructions of Secretary Health and Family Welfare Department. After this, vaccines will be given under JE campaign to the age group of 1 to 15 years.

Symptoms of the disease include high fever, confusion, difficulty in moving, seizures, uncontrolled movement of body parts and weakening of muscles. Its symptoms can be severe and can go fatal if left untreated.

Prevention Measures- Immediate vaccination of children, promptly going to the hospital and checking them as soon as they get symptoms of the disease, providing treatment according to the doctor’s advice, adopting the means of protection against mosquitoes, not allowing mosquitoes to flourish, etc.