Javed Akhtar, Shabana meet Mamata; lyricist says there should be change, democracy is not static 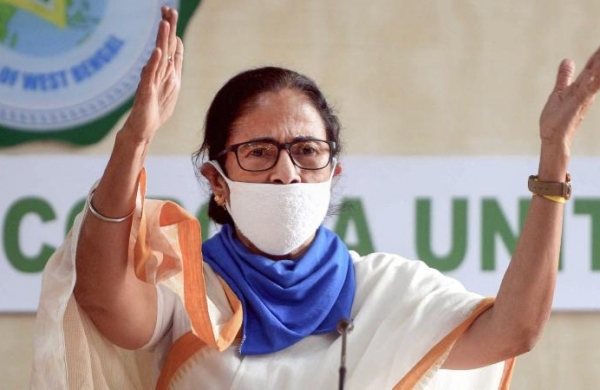 They met Banerjee to “thank” her for supporting a bill that assures royalty for artistes. The lyricist said historically, Bengal has always been a step ahead with revolutionary movements and this is why artistes and intellectuals in the state stood with Banerjee.

Asked whether there was a need for change, Akhtar said, “I can’t say for everyone but personally, I feel there should be ‘parivartan’.

There are many tensions in the country right now, there is the issue of polarisation, many give aggressive statements there are incidents of violence. It’s a shame that Delhi witnessed communal riots. These things should not happen.”

Replying to a question of whether Banerjee should lead the opposition against the BJP, Akhtar said that during his discussions with her, she never said that she had the ambition to be the leader of an opposition front.

“However, she believes in parivartan. She fought for Bengal earlier, now she wants to fight for India.”

Asked to comment on the now-viral slogan of “Khela Hobe (game is on)”, Akhtar said that the slogan did not need any endorsement anymore.

“It is beyond any discussion now,” he said. Banerjee, who was standing silently as Akhtar spoke, quipped, “Khela hobe se aapko ek gaan banana hai (you have to compose a song on khela hobe).” The chief minister arrived in the national capital on Monday on a five-day visit, her first since assuming office for a third straight term. She is scheduled to leave the city on Friday afternoon.