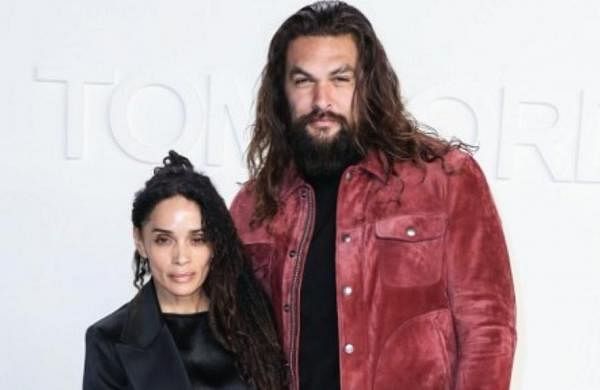 WASHINGTON: American actors Jason Momoa and Lisa Bonet are parting ways. The couple announced their decision to split in a joint statement posted on Momoa’s Instagram. “We have all felt the squeeze and changes of these transformational times… A revolution is unfolding and our family is of no exception… feeling and growing from the seismic shifts occurring,” the joint statement read.

The statement continued, “And so we share our Family news that we are parting ways in marriage. We share this not because we think it’s newsworthy but so that as we go about our lives we may do so with dignity and honesty. The love between us carries on, evolving in ways it wishes to be known and lived. We free each other to be who we are learning to become.”

The statement concluded, “Our devotion unwavering to this sacred life our children. Teaching our children what’s possible. Living the Prayer. May Love Prevail J & L.”

Along with the announcement, Momoa shared several photos in his post, including one of a sunset sky, one of a person holding a baby bird and wearing a shirt that reads “May my soul shout love”, and another close-up of the hands holding the young bird.

As per People magazine, the couple started dating in 2005 after being introduced by mutual friends at a jazz club. During an appearance on ‘The Late Late Show with James Corden’, Momoa spoke about his first date with Bonet, saying, “We just happened to be in the right place at the right time.”

“I actually had dreaded my hair for her. I had dreadlocks, she had dreadlocks. I literally turned around and I see her and she goes, ‘I’m Lisa.’ I turned around to my friend and I [pretended to scream]. I had f–ing fireworks going off inside, man,” he said at the time.

“I convinced her to take me home, because I was living in a hotel,” he added. The two ended up sharing a meal at Cafe 101, where Momoa said they hit it off.”We sat down, she ordered a Guinness, and that was it,” he added. “I beyond love Guinness. We had Guinness and grits, and the rest is history.”

In July 2007, the pair had their first child, Lola, and welcomed their second child, Nakoa-Wolf, in December 2008. Bonet is also mom to Zoe Kravitz (33) whom she shares with her ex-husband Lenny Kravitz.

Though it was initially believed that Momoa and Bonet married in November 2007, the couple later wed in October 2017. Meanwhile, on the work front for Momoa, he will be next seen in ‘Aquaman and the Lost Kingdom’ directed by James Wan.