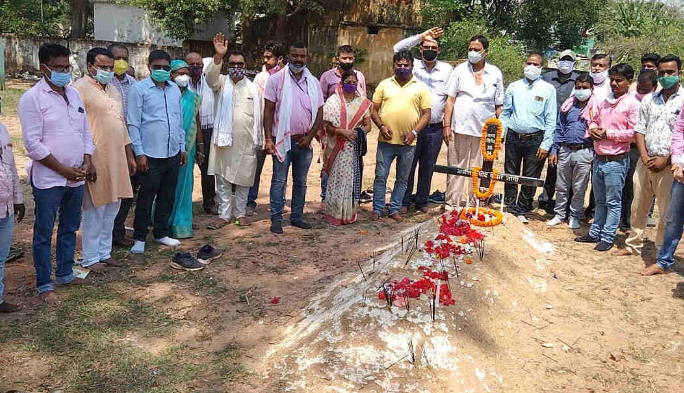 Today is the first death anniversary of the first Chief Minister of Chhattisgarh, Ajit Jogi. On this occasion, the workers of Janata Congress Chhattisgarh paid their tributes by visiting their samadhi site at Gorela.
Ajit Jogi, the first Chief Minister of Chhattisgarh and former MLA of Marwahi, died on 29 May 2020. He was sworn in as the first Chief Minister after the formation of the state of Chhattisgarh in the year 2000. Ajit Jogi won by more than 50 thousand votes in the by-election held in 2001, after the vacant seat of the then BJP MLA from Marwahi, Ram Dayal Uike. After this, he was always invincible during his lifetime.
Born in Marwahi area, Ajit Jogi received his schooling initiation, after that never looked back. After being a Gold Medalist in Engineering, he worked for a few days teaching, after which IPS and then IAS were elected and joined the administrative service. On joining the Congress party at the behest of the Congress high command, he served as the first national spokesperson and thereafter was nominated to the Rajya Sabha.