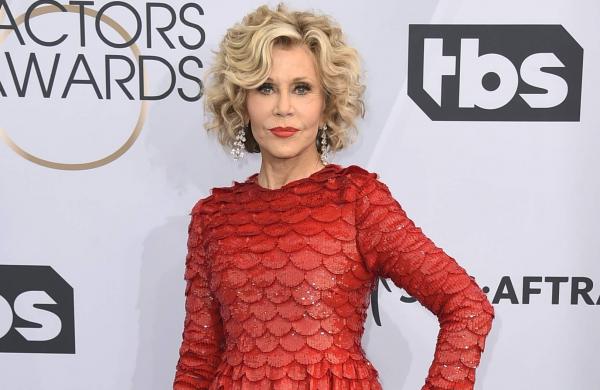 By PTI
LOS ANGELES: Hollywood veteran and activist Jane Fonda will be honoured with the Cecil B deMille honour at the 77th annual Golden Globe Awards, the Hollywood Foreign Press Association (HFPA) has announced.

Chosen by the HFPA board members, the Cecil B deMille award is given annually to a talented individual who has made a lasting impact on the world of entertainment.

Fonda, a seven-time Golden Globe winner, will be recognised at the event on February 28, reported Vulture.

Ali Sar, the president of the HFPA, said the association is honoured to celebrate the 83-year-old actor’s achievement at the upcoming awards ceremony.

“For more than five decades, Jane’s breadth of work has been anchored in her unrelenting activism, using her platform to address some of the most important social issues of our time.

“Her undeniable talent has gained her the highest level of recognition, and while her professional life has taken many turns, her unwavering commitment to evoking change has remained,” Sar said.

Fonda, who already has two Academy Awards, an Emmy, and an AFI Life Achievement to her name, will be the 67th – and 16th female – to receive the coveted award.

Her most recent feature film outing was the 2018 film “Book Club”, whose sequel is currently under development.

She also stars in Netflix comedy series “Grace and Frankie”, which was renewed for a seventh and final season in 2019.

The actor recently made headlines for her participation in the climate change protests in Washington DC, wherein she was arrested on multiple occasions.

Previous winners of the Cecil B deMille award include the likes of Walt Disney, Judy Garland, John Wayne and Frank Sinatra, as well as her father Henry Fonda.