Jaishankar hopes for early resolution of all outstanding issues along LAC 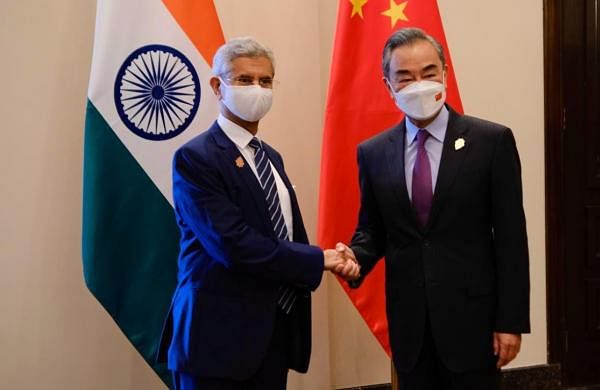 “Began my day in Bali by meeting FM Wang Yi of China. Discussion lasted one hour. Focused on specific outstanding issues in our bilateral relationship pertaining to the border situation. Also spoke about other matters including students and flights,” Dr Jaishankar said in a tweet.

The two sides discussed resolving the border standoff that began in April 2020.

The EAM called for an early resolution of all the outstanding issues along the LAC in Eastern Ladakh. Recalling the disengagement achieved in some friction areas he reiterated the need to sustain the momentum to complete disengagement from all the remaining areas to restore peace and tranquility in the border areas, according to a statement released by the MEA.

The last diplomatic level talks under the Working Mechanism for Consultation and Coordination on China-India Border Affairs (WMCC) took place on 31 May 2022. Jaishankar reiterated that the India-China relationship is best served by observing the three mutuals — mutual respect, mutual sensitivity and mutual interests.

Further, Jaishankar reaffirmed the importance of fully abiding by bilateral agreements and protocols and the understandings reached between the two ministers during their previous conversations. Both the ministers also affirmed that the military and diplomatic officials of the two sides should continue maintaining regular contact and looked forward to the next round of Senior Commanders’ meeting at an early date.

He also stressed the need to expedite the process of Indian students returning to China to complete their courses offline at an early date. “We also spoke about other matters including the return of students and flights,’’ tweeted Jaishankar.

Meanwhile, India is taking over the G20 presidency in December this year and will host the G20 Summit in 2023. China had in the recent past objected to reports of India hosting some of the G20 events in Jammu and Kashmir. “A large number of G20 events will be held across India, there is no need to speculate where,” said MEA’s spokesperson Arindam Bagchi.

There are many events that are held before the summit. These include ministerial meetings, governmental meetings and some non-governmental meetings too. The venues of all these meetings can vary. Jaishankar, during the course of the day, also met his counterparts from Brazil, Saudi Arabia, UAE, Mexico, Argentina, South Africa, Indonesia and Senegal.