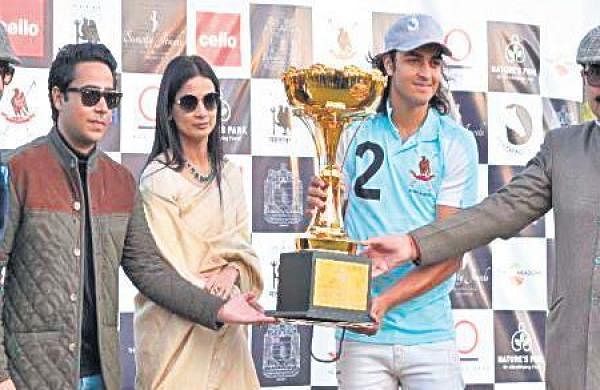 Jaipur girl crowned Miss Teen Int’l India 2021Jaipur’s Mannat Siwach was crowned Miss Teen International India 2021 (Miss Teen Diva 2021) in the grand finale recently held in Gurugram. At just 16, she won the prestigious pageant by defeating 35 contenders. A Class XI student, Mannat says she has been deeply influenced by the world of fashion since childhood. Her biggest influence is 2017’s Miss World and Miss India Manushi Chillar. Mannat taught herself by taking cues from Manushi.  She was only 12-year-old then when started training herself. Mannat says that pageants and modelling are two different things. “Pageantry cannot be a career. However, it can lead you to a modelling career,” said the teenager.

Deer memorial at village where Salman hit headlinesActor Salman Khan was accused of poaching a chinkara deer 23 years ago in  Kankani village close to Jodhpur. The village, known for years for the deer hunting incident involving the actor, will now reshape its identity as the site of a deer memorial. Two hundred-odd local individuals, forming part of the Kankani Yuva Group, have come forward to use seven bighas of their own land for the project. According to wildlife enthusiast Prem Saran, the project will have a rescue centre to treat injured deer. Creating the memorial will take about a year and before that about 1,000 saplings will be grown here to enable the surrounding wildlife to take refuge.  According to Prem Saran, “We want this monument to send a message to everyone that wildlife has an equal contribution as humans to this earth.”

Sports minister shines at Jodhpur Polo SeasonThe Achievers Rajnigandha teams were joint winners of the Maharaja of Jodhpur Golden Jubilee Cup after the Jodhpur Polo Season 2021. An exhibition match played between Mehrangarh and Balsamand ended in a tie with both teams scoring six goals each. Ashok Chandna, Minister of State for Sports and Youth Affairs, playing for Mehrangarh, stole the exhibition show by scoring four goals. Polo player Jaiveersinh Gohil was named ‘Best Young Rider of the Season’ and Jaipur’s Lokendrasinh Kare was bestowed ‘Best Upcoming Young Player of the Season’ title. Argentine Daniel Otamendi was named ‘Most Valuable Player of the Season’.

IAS Association unveils first issue of newsletterThe IAS Association of Rajasthan has launched a newsletter to enlist its annual achievements. The first issue was brought out following the organisation’s three-year journey that began in December, 2018. The association headed by the state Chief Secretary held a range of cultural activities, including book sessions featuring conversations with civil servant-turned authors. From holding physical sessions with live audiences to online sessions with equally discerning crowds, the consistency of these events has allowed the Association to conduct fifty sessions on variety of topics, one being ‘books of contemporary interest and topical relevance’.