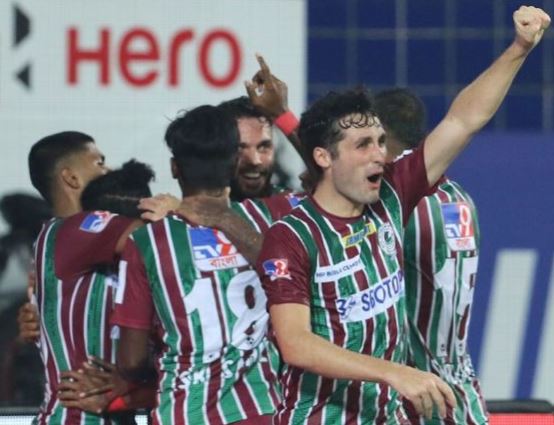 Less than two weeks into the new campaign, with each team having played fewer than three games, Antonio Habas and ATK Mohun Bagan have already made one thing clear. This season is not about who can mount a title challenge. It’s about who can challenge Habas and ATKMB for the title.

You can talk about the long and dull periods that form the majority of their games, when they do so little with the ball, and force the opposition down to an annoyingly similar trudge. You can point to their predictability, or their overreliance Roy Krishna. You can go on about Habas’ rigid and consistent conservativism – he’d probably start with seven defensive players even if they face Indian Arrows tomorrow.

Or you can ignore all this, and focus on the simplest and most tangible aspects in measurement of success in football: Games won and trophies gathered.

ATKMB have played three, won three and are yet to concede a goal this season. That’s as good a start as any.There’s a reason ATK have been (and by the looks of it, ATKMB will likely continue to be) ISL’s most efficient side and Habas the league’s most successful coach. While some may view his tactics as regressive, Habas has quietly finetuned it into a brilliant template.

There’s no denying that ATKMB can be agonising to watch at times. It’s also true that some teams might eventually figure out a way to disrupt this gameplan, but until there are enough of those who can, could you really blame Habas for sticking to his formula?