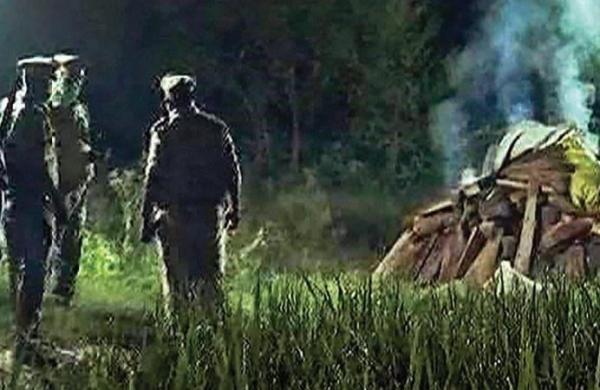 By PTI
LUCKNOW: A public interest lawsuit over the alleged inhuman cremation of the Hathras gang-rape-cum-murder victim overnight after her death could not be heard by a Lucknow bench of the Allahabad High Court due to absence of one of the judges on the bench.

The case was earlier listed for hearing by a bench of justices Ranjan Roy and Jaspreet Singh, but owing to the absence of Justice Roy, it could not be heard.

The mater will now be listed for hearing on a later date as per the relevant bench’s instruction.

The case was last heard on January 16 when the bench had seen various video clippings on the overnight cremation of the victim and other aspects of the case, submitted by various media houses.

​ALSO READ | Hathras DM, who was under fire for post-midnight cremation of rape victim, transferred

The media houses had submitted the video and other material related to their news reports on the Hathras case on the direction by the court.

The Lucknow bench of the high court had taken suo motu cognisance of the case, especially the news reports alleging the overnight and forcible cremation of the victim by local police.

The 19-year-old Hathras girl had died at a Delhi hospital a fortnight after she was allegedly raped by four men of her village on September 14 last year.

She was allegedly cremated in the middle of the night in her village.

The girl’s family members had claimed after her death in Safdarjung Hospital in Delhi, the Hathras police had whisked away her body and had cremated her overnight without their permission.

The police had allegedly not allowed the family members to take the body even to their home.