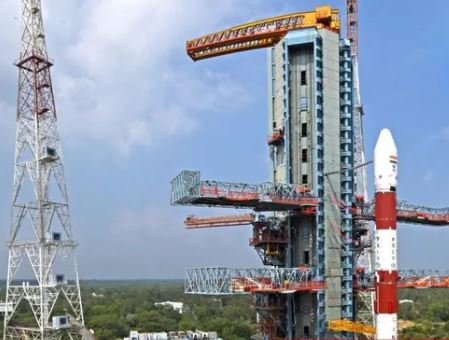 The Indian Space Research Organization (ISRO) has successfully launched the communication satellite CMS-01 onboard the PSLV-C50 at 3:41 pm from the Satish Dhawan Space Centre (SHAR), Sriharikota on Thursday. Marking ISRO’s second launch during the COVID-19 pandemic, the PSLV will put in orbit India’s 42nd communications satellite which is expected to provide coverage over the entire country in cases of disaster management and satellite internet connection. The new CMS-01 satellite will replace the current GSAT-12 in orbit, which was launched in 2011.

The mission on Thursday follows the successful launch of PSLV-C49 (EOS-01) earth observation satellite and nine customer spacecraft on November 7 which was ISRO’s first mission of the year amid the COVID-19 pandemic. After the INSAT and GSAT series, the satellite launched on Thursday will be the first in the new CMS series of communication satellites. As per the latest update, the fourth stage of the satellite has been normal with the PS4 engine commencing operation.