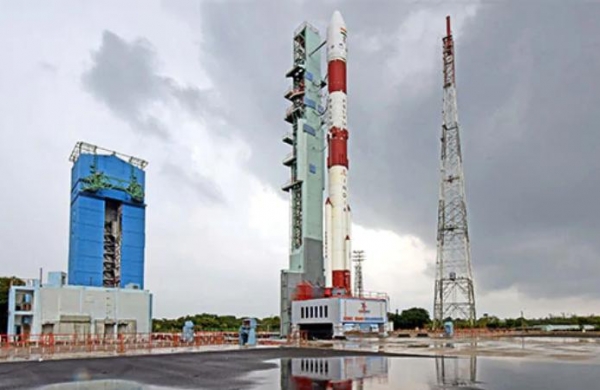 By PTI
BENGALURU: The Indian Space Research Organisation on Thursday completed launch rehearsal of the PSLV-C51 mission slated for February 28.

The Bengaluru-headquartered space agency had announced on February 5 that there would be 20 co-passenger satellites.

Indian Space start-up Pixxel announced two days ago that due to “certain software issues” its first satellite ‘Anand’ would no longer be part of the payload on board the PSLV-C51 rocket.

And on Thursday ISRO confirmed that its nano satellite INS-2DT will also be not part of the mission.

PSLV-C51/Amazonia-1 mission is the first dedicated PSLV commercial mission for NSIL, which is undertaking it under a commercial arrangement with Seattle, US-based satellite rideshare and mission management provider, Spaceflight Inc.

PSLV-C51 will use ‘DL’ variant of PSLV equipped with two solid strap-on boosters, according to ISRO.

The 637-kg Amazonia-1 is a optical earth observation satellite.

The 18 co-passenger satellites are: four from IN- SPACe (three UNITYsats from consortium of three Indian academic institutes and one Satish Dhawan Sat from Space Kidz India) and 14 from NSIL.

IN-SPACe (Indian National Space Promotion and Authorisation Centre) is an independent nodal agency under Department of Space (DoS) for allowing space activities and usage of DoS-owned facilities by NGPEs (Non-Government- Private-Entities) as well as to prioritise the launch manifest.

ISRO is also getting ready to launch a new- generation compact rocket on its maiden orbital test flight, the space agency said.

Multiple sources in ISRO said on Thursday SSLV-D1 is targeted to be launched towards the end of March or early April — most likely in the first month of the financial year — though no firm date has been set so far.

“We are flying an earth observation satellite (EOS-02) on board the the first development flight of SSLV”, ISRO Chairman and Secretary in the Department of Space, K Sivan told PTI.

SSLV has been designed to meet “launch on demand” requirements in a cost-effective manner for small satellites in a dedicated and rideshare mode.

It is a three-stage all solid vehicle with a capability to launch up to 500 kg satellite mass into 500 km low earth orbit (LEO) and 300 kg to Sun Synchronous Orbit (SSO).

By comparison, PSLV — the workhorse of ISRO — can take up to 1,750 kg payload into SSO of 600 km altitude, according to ISRO officials.

With lower per kg launch cost, the mini launcher will have multiple satellite mounting options for nano, micro and small satellites.

Sivan had earlier termed the SSLV an innovative vehicle which can be assembled in just 72 hours.

Chairman and Managing Director of ISRO’s commercial arm, NewSpace India Limited (NSIL), G Narayanan said: “world over there is a big boom for small launch vehicles and that’s why we are focusing on that”.

“As soon as SSLV-D1flight is over successfully, further roadmap (for SSLV) will be charted out”, Narayanan told PTI.

In fact, Seattle, US-based satellite rideshare and mission management provider, Spaceflight Inc, has already purchased the first commercial launch of the SSLV (SSLV-D2) from NSIL for launch from the Satish Dhawan Space Centre in Sriharikota.

Spaceflight had said at the time that it has already sold-out the entire manifest (launch) for this secured SSLV-D2 launch, with spacecraft from an undisclosed U.S.-based satellite constellation customer.

This undisclosed customer is reportedly Seattle-based BlackSky Global which will launch four earth observation satellites on board SSLV-D2 in the rideshare mission arranged Spaceflight.

“We’re taking advantage of the growth in the small satellite market to deliver more launch options with the mini-launcher”, a senior NSIL official said.

“The SSLV is the much-needed solution to fill the gap in the portfolio of small launch vehicles,” CEO and President of Spaceflight, Curt Blake, had said.

“SSLV is designed for the launch-on-demand concept with very quick turn-around capability in between launches. SSLV is perfectly suited for launching multiple microsatellites at a time and supports multiple orbital drop-offs”, Blake had said.