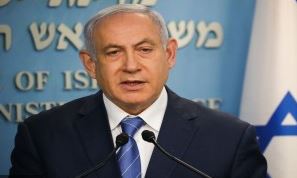 Israel will sign a provisional deal with Pfizer Inc to procure over 8 million doses of the experimental coronavirus vaccine from January onwards, Israel’s health minister said in a statement. The deal will be subject to approval by Israel’s Health Ministry and the US Food and Drug Administration (FDA). The vaccine supply will begin in January 2021 for 4 million people, and will continue through the year 2021 to obtain 8 million doses, Health Minister Yuli Edelstein said in a statement.

On November 12, Pfizer confirmed deals with countries for the supply of COVID-19 vaccine’s safe doses, claiming that the still-experimental vaccine candidate was more than 90 percent effective based on initial clinical trials. The pharmaceutical firm confirmed that it reached an agreement to provides a supply of 200 million doses and an additional 100 million doses of its BNT162B2 MRNA-based vaccine to European countries. The deliveries worldwide are anticipated to start by the end of 2020, subject to regulatory approval, Pfizer said in a statement. Pfizer and BioNTech initiated a rolling submission to the European Medicines Agency (EMA) in October, and are now entering deals with other countries.

Israeli Prime Minister Benjamin Netanyahu said in a state press conference that large doses of the vaccines developed by Pfizer Inc. will be received in Israel by January and the government was working to get vaccines from other companies, as well. “We have to follow the rules,” Netanyahu said in a press address.

Pfizer and BioNTech announced their mRNA-based vaccine candidate, BNT162b2, against SARS-CoV-2 on November 9. The company claimed that the experimental vaccine demonstrated evidence of efficacy based on the interim efficacy analysis conducted on November 8, 2020, by an external, independent Data Monitoring Committee (DMC). “DMC reviewed 94 cases,” Pfizer said in a release.