Is it fair to kick the ladder you climbed to reach in life: Khurshid asks dissenting Congress leaders 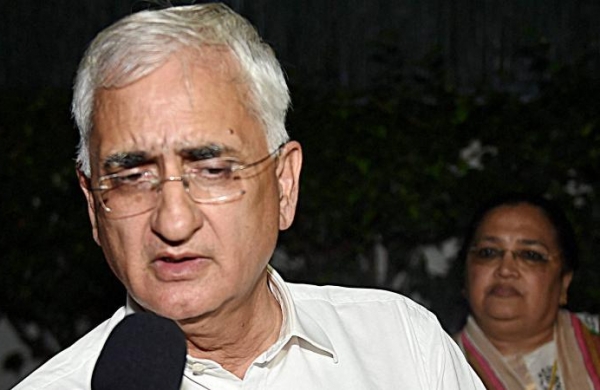 By PTI
NEW DELHI: The disquiet within the Congress continues to grow with senior party leader Salman Khurshid asking ‘Group of 23’ leaders in an ‘open letter’ if they were changing their goal posts and whether it was fair on their part to kick the ladder that they climbed to reach the top storey of life.

Khurshid, a former Union minister, asked them to worry about how they would be judged in history than to seek a better place in the present.

His remarks come after a public display of anger displayed by the G-23 leaders led by veteran Ghulam Nabi Azad in Jammu.

He said they along with other Congress leaders must show the ordinary party workers across the country the path out of the present darkness towards sunshine instead of raising concerns about what they received, while noting that sacrifice cannot come with pre-conditions of success.

He also quoted former US President John Kennedy’s words “Ask not what your country can do for you; ask what you can do for your country (read party)”, to say that the thousands of unnamed Congress cadres, who gave to the Congress, but unavoidably received little or nothing in return, too believe in democracy unlike the G-23 leaders who have an impressive history of achievements.

“We thought the G-23 made their point and were suitably informed that party elections will be held when appropriate (something they agreed to in their interaction with the Congress president and later at the CWC).

But are they changing the goal posts once again with the public display of disquiet (or reservations) in Jammu and as we are being told, very soon in Haryana,” he asked in the open letter.

“Gumnam of Congress too care about democracy”, Khurshid said in the letter.

The senior Congress leader said the growing dark footprint of communal forces has pushed the party into “forced errors” of becoming self conscious.

“As a result we shy away from speaking about minorities and put on a public display of identifying with the cultural symbols of the majority that have largely been appropriated by the BJP. We have been forced to accept ‘mistakes’ made by our heroes because public mood appears to require it. Obviously this calls for careful balancing of reality and perception, strategy and ideology,” he noted.

Khurshid said all leaders, old and young, happy and unhappy, need to come together to deal with this challenge instead of cribbing about real and imagined democratic deficits.

“They must not forget that democracy is a process, not static in time. Ultimately it is a relevant question whether it is fair to kick the very ladder you have climbed to the top storey of life from where making speeches is easy. But do think of the many who did not make it to the ladder, the elevated platforms being far beyond reach,” the former minister noted.

He said that there are two ways of spending these dark moments — to count blessings and the moments of joy and comfort the party has given; or else to wing about what was not received.

“If we choose the latter what conviction will we carry with the innumerable workers who continue to hope that the darkness will give way. Besides, how will we be judged by history? It might be more important to worry about that than to seek a better place in the present,” Khurshid said.

The senior Congressman said just as the names of national martyrs are engraved on India Gate, there are records in the Congress office where innumerable names are embossed as part of its history and “for most that is enough recognition”.