Ironic Congress doesn’t need his services when nation recognises them: Sibal on Padma award to Azad 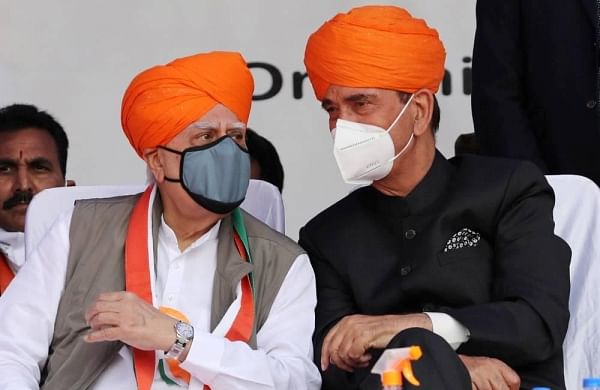 NEW DELHI: Senior Congress leader Kapil Sibal on Wednesday took a jibe at his party over Ghulam Nabi Azad being conferred with the Padma Bhushan, saying it was ironic that the Congress does not need his services when the nation recognises his contributions to public life.

Veteran Congress leader and former Jammu and Kashmir chief minister Azad, who was part of the group of 23 which has been critical of the party leadership and has sought an organisational overhaul, has been awarded the Padma Bhushan for his contribution to public affairs.

“Ironic that the Congress doesn’t need his services when the nation recognises his contributions to public life,” he said.

“Warm congratulations to Shri @ghulamnazad on his Padma Bhushan. It is good to be recognized for one’s public service even by a government of the other side,” Tharoor tweeted.

However, Congress leader Jairam Ramesh had on Tuesday taken a veiled dig at Azad who was conferred with the award.

“Right thing to do. He wants to be Azad not Ghulam,” Ramesh said on Twitter after former West Bengal chief minister Buddhadeb Bhattacharya declined the Padma award.