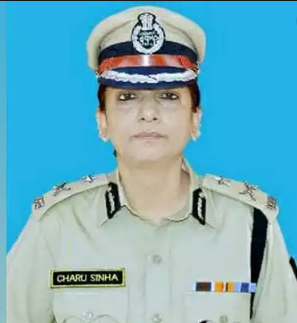 For the first time, a female IPS officer has been appointed as Inspector General (IG) of Central Reserve Police Force (CRPF) Srinagar sector, one of the terrorist-affected areas in Jammu and Kashmir.

Charu Sinha, IPS officer of the 1996-batch Telangana cadre, will now be heading the Srinagar sector for CRPF as the Inspector General. This is not the first time when she has been assigned such a tough task, earlier also, she had worked as IG, the Bihar sector in CRPF and has dealt with Naxals.

Under her leadership, various anti-Naxals operations were carried out. Later, she was transferred to IG Jammu in CRPF where she spent a long and successful tenure. On Monday, a fresh order came appointing her as the IG Srinagar sector.

The sector, which started functioning in 2005 never had a female officer at the IG level. This sector involved in anti-terror operations and closely work with the Indian Army along with Jammu and Kashmir police.

“Srinagar sector is located at Brein Nishat, Srinagar (J-K). It started functioning in 2005. Srinagar Sector has operational jurisdiction over three districts of J-K- Budgam, Ganderbal, and Srinagar and Union Territory of Ladakh,” the CRPF said.

“It includes 2 ranges, 22 executive units, and 3 Mahila companies. Apart from it, Srinagar Sector has administrative control on Group Centre-Srinagar,” the paramilitary force added.