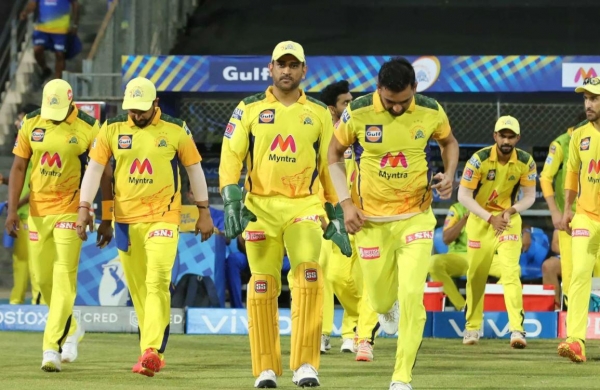 By ANI
MUMBAI: Former Indian skipper Mahendra Singh Dhoni in a light-hearted manner said he feels old after knowing that he has now played 200 matches for Chennai Super Kings (CSK).

Dhoni on Friday evening added another feather to his illustrious cap as he played the 200th game for CSK when he took to the field against Punjab Kings at the Wankhede Stadium in Mumbai in match eight of the ongoing Indian Premier League (IPL).

“Makes me feel very old and it has been a very long journey. It started in 2008 – played in SA, Dubai, and back home. Never thought Mumbai would be our home. In 2011, the last time that we were happy with the Chennai wicket. Before that, there was spin, but it also helped fast bowlers,” Dhoni told host broadcaster Star Sports after the match.

“After the wicket was relaid, we found it difficult to adjust to conditions. This is a very good wicket, but it depends on the conditions on that day. The ball moved today, but it didn’t swing around a lot. There was no dew and enough seam movement,” he added.

“Overall the years, he [Chahar] has matured into a death bowler too but he’s somebody who gets more purchase than other bowlers. If you’re looking to attack, why not finish his first four overs. Bravo can bowl at the death. It’s not a secret,” said Dhoni.

Moeen Ali, who then came into bat at number three, started smashing right from the word go as CSK got a move on. In no time, CSK raced to 64/1 in 10 overs having scored just eight in the first 18 balls.

Du Plessis kept scoring run a ball but Moeen continued his onslaught as CSK got almost home before he departed in the 13th over with just 17 runs more to win.

“We felt if Moeen bats up the order, we can make use of the resources that we got. Moeen is a very good timer of the ball and plays authentic shots. We have to make the most of the resources,” said the CSK skipper.

Chahar had appealed for an LBW but the umpire gave a not out and Dhoni decided not to go for a review against Punjab Kings.

“I thought that [lbw call] was high and that’s what the bowler needs to take. That’s where the bowler’s input is very important. I always thought DRS is one to take howlers away from the game. You take the gamble when it’s really important or the last over of the game,” Dhoni signed off.

CSK will next lock horns with Rajasthan Royals on Monday.