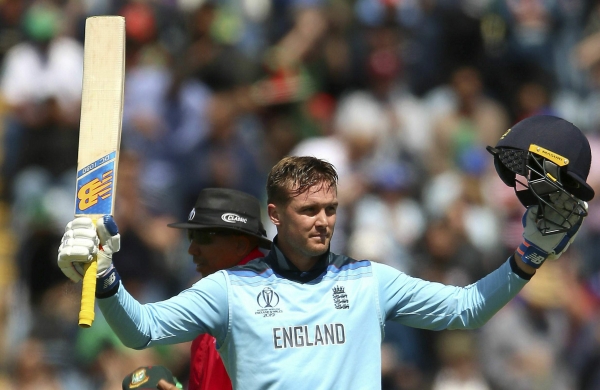 By ANI
NEW DELHI: England batsman Jason Roy on Saturday arrived in Chennai for the 14th edition of the Indian Premier League (IPL) which commenced on Friday.

Roy was signed by the SunRisers Hyderabad ahead of the tournament as a replacement for Mitchell Marsh. The Australia all-rounder made himself unavailable for the entire season owing to personal reasons.

SRH acquired Roy at his base price of INR 2 Crore, the league had said in a media advisory.

With the arrival of Roy, all the players of the SRH squad have joined the side.

Roy will now remain in seven days of quarantine as per BCCI’s SOPs before joining the squad.

The David Warner-led side had won five out of their last six games to qualify for the playoffs in the 13th edition of the tournament and the team will be looking to carry forward the momentum in this year’s IPL.

Over the years, SRH has depended heavily on skipper Warner and he has consistently delivered. With 548 runs in the 13th edition, the captain once again led the Hyderabad unit’s charge. And it will be a delight for the SRH team management that opening partner Jonny Bairstow has also been in tremendous form.

When it comes to the bowling department, Warner has one of the best line-ups at his disposal. While Bhuvneshwar is back and showed his prowess in the recently concluded series against England, T Natarajan stole the show in the last edition and was rewarded with a national call-up. Not to forget Sandeep Sharma’s swing bowling and Rashid’s spin.

SRH will begin their IPL campaign against Kolkata Knight Riders (KKR) at the MA Chidambaram Stadium in Chennai on Sunday.