iPhone 12 launch: Everything expected from Apple’s new iPhones this year 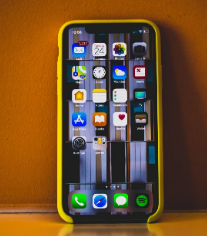 Apple is expected to launch its flagship iPhone 12 series in a few weeks. Apple has already confirmed the new iPhones will be delayed this year and reports point to an October launch. Based on multiple rumours, leaks and reports, Apple’s iPhone 12 series will come with many firsts other than the usual upgrades.

This will be the second iPhone launch after Apple launched the iPhone SE in April. In the past few months, Apple has also refreshed the MacBook, iPad and iMac models. But all eyes will be on the iPhone 12 launch as it remains the last major smartphone launch event of the year barring the Pixel 5 of course. All the rumours and leaks will be put to rest once Apple launches the iPhone 12 series in a few weeks. But before that, let’s take a look at what’s expected from the new iPhones. Apple added a third iPhone to the lineup with the iPhone XR back in 2017. The same was followed last year with the iPhone 11. This year, Apple is said to launch four iPhone models. The base model will have a 5.4-inch display, then one 6.1-inch iPhone 12 with low-end specs, and another 6.1-inch model but with high-end specs. The most expensive of the lot will feature a 6.7-inch display.