iPhone 11 to be discounted, bundle with free AirPods 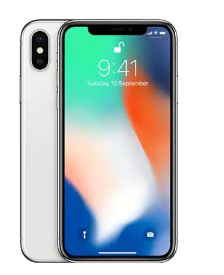 With the onset of the festive season, several mobile manufacturers along with e-commerce giants are gearing up to introduce a slew of exciting deals and huge discounts on their products. With this, Apple is also ready to bring in some of the jaw-dropping deals on its products through its newly launched Apple online store in India.

Recently, Apple has announced on its website that it will be providing iPhone 11 at a discounted price of Rs 53,400 along with a free pair of AirPods that normally cost around Rs 14,900. The offer will start from October 17 onwards and will be available on Apple’s online retail store only. As of now, this is the sole offer that is available amid the festive season on the Apple store, while we eagerly await more enticing deals to make a buzz in the market.

Generally, the iPhone 11 costs Rs. 68,300 for its 64GB RAM variant but in the wake of the festive season both Apple, as well as Amazon, are providing a massive price cut to the customers. In addition, Amazon has also listed iPhone 11 at Rs 49,999 which will be available from October 17 on its Great Indian Festival sale.