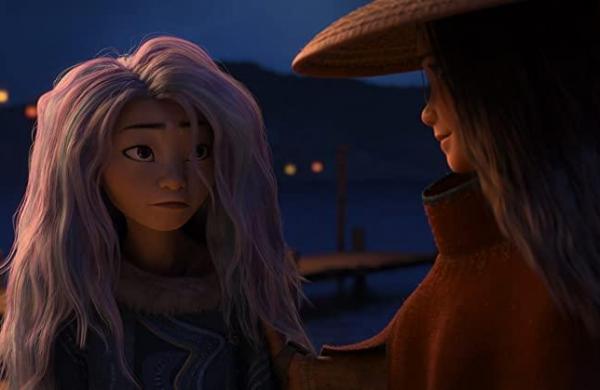 Express News Service
Much happens in the creation of an animated film. Apart from the usual filmmaking processes like scripting, storyboarding, lighting, and editing, here, there is also concept art, pre-visualisation, texturing, animation, rigging, rendering and compositing. Such intensive work naturally demands much manpower—which is why animated films are made through the collaboration between many, many divisions. With Disney’s latest film, Raya and the Norman Joseph and Archana Senthilkumar from Disney, who let us into the making of this film and talk to us about what it took to complete this film during the pandemic:Last Dragon that has come out to great reviews, this entire process had to be improvised. Here’s

Excerpts. Could you expand upon your responsibilitiles?Norman Joseph: As a General Technical Director, I support production and develop the tools used by artists in production. Among those we partner with, include artists, production and technology leadership, technical directors, and software engineers. The tools we develop help facilitate the computer graphics animation process.

Archana Senthilkumar: I work as the bridge between the software development teams and the artist production teams. At the beginning of a project, we spend time developing software that the artists will use after the production goes into full swing. At the end, we switch fully into support mode to help them with all the little tweaks.

NJ: I also develop the workflow that gets used by artists from multiple departments to contribute towards making the film. I also help with the workflow to create all the vegetation you see in the film; I also create a workflow for the crowd department artists to be able to share their character data with animation and technical animation department artists, so that each department is able to access character performance with tools they are familiar with. What does a regular day at work entail for you? AS: We use scripting languages like Python and C++ as well as 3D software packages like Maya, Houdini, and Nuke. A regular day at work involves development tasks and handling a queue of support tickets from artists who are currently working in production. Sometimes, it’s a small issue that can be fixed in five minutes. Some others take us down a rabbit hole that take weeks and need the help of a dozen other people.

We begin an animation film as a regular film: we ideate, get feedback from the crew, research consultants and experts. If a particular scene may resonate well with the audience, we can start working on it even if the scenes surrounding it are not in the final stage yet. We can come up with different versions of the same scene and make changes at various stages, so there’s a lot of flexibility when it comes to animation. And then, there’s also a production management department that makes sure that we are not continuously making changes till the deadline.  At which stage of production do you join the team? NJ: Technical directors work with all the departments through the production. We start working from the start of production and as more departments come in line, more technical directors join the production. I joined the production when the ‘crowd and effects’ departments were starting to get busy on production shots.

AS: People with supervisory roles roll on at a much earlier stage so that we can talk to the director and ideate with the script along with what is technically achievable. Once that is fleshed out, I team up with the rest of artist production.  How different is Raya and the Last Dragon, say, from a Frozen 2, in terms of technical challenges?NJ: The biggest difference between the two films is that Raya and the Last Dragon was made mostly from home, due to the pandemic. We are lucky to have so many amazing people working with us and it’s amazing how we all came together to create this film from home. We built multiple new tools and workflows to support our amazing artists, so we all could have what we needed to make this film. Much like the theme of this film, we trusted each other and came together to bring our best to our work even when we all had to do it from home. All we had was video conferencing to connect with each other.

AS: From a technical standpoint, this film has a lot of action. A lot of action choreography went into the character’s animation. For example, in a sword fight, you want the character’s actions, motions and expressions to be smooth even though they are moving fast. There are also a lot of different environments in this film. Kumandra (the fictional world in which the film is based) is made up of different type of lands—right from desserts to port cities and icy mountains. Dealing with different kind of terrains for the same film was technically challenging.  Tell us a little about your next project.NJ: I am currently working with the workflow group at the studio to build the next generation of tools to be used for our future projects. The work involves experimenting with new software and tools, and trying things that we have not tried before, so we can learn to see what’s possible in the future.AS: The next film we are working on is Encanto. I have just started working on that film and it is a totally different setting that speaks of a different culture. I’m very excited to work on it.