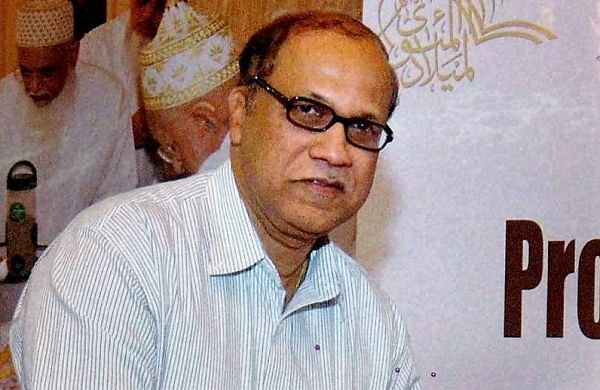 Former Goa CM and Leader of Opposition Digambar Kamat tells Sudhir Suryawanshi in an exclusive interview over phone that people of the state will reject TMC and AAP as they are “outsiders” and “BJP’s B team”.

Holding the BJP government responsible for the death of 3,500 people due to mishandling of the Covid pandemic and failure to ensure the supply of medical oxygen, the Congress leader said Goans will throw the party out of power in the upcoming election.

Why should people vote Congress in the Assembly election due early next year?

There is a strong undercurrent against the BJP in Goa. People are comparing my tenure as CM from 2007 to 2015 with the BJP’s 10-year rule. In the last 10 years, poverty in Goa has increased.

People dependent on daily wages are suffering a lot with no help from the government.

The people we are meeting tell us that things were better under the Congress. They are remembering the good days when the Congress was in power and want those days to return.

They repent voting for the BJP and are ready to correct their mistake in the upcoming elections.

Where has the BJP government failed?

The BJP in Goa failed on all fronts. It mishandled the pandemic, which resulted in the merciless killing of 3,500 people.

People were gasping for breath, but the BJP-led government failed to provide them oxygen. The High Court had to intervene to extend medical facilities to the people of Goa.

A PIL was filed. When the court was hearing the case, people were dying in hospitals due to shortage of oxygen. This is one of the most careless governments the people of Goa have seen.

The Covid positivity rate in Goa was 15%, which was the highest across India.

The government failed to take care of the health of the people. Moreover, the BJP is turning the beautiful coastal state into a coal hub through three linear projects. The people oppose this vehemently. To turn Goa into a coal hub, 15,000 trees were felled.

Goa has been made a transit hub. There is a big environmental issue here.

When I was CM, the people had opposed the proposed 17 Special Economic Zones (SEZs). Our president Sonia Gandhi told me that we should be with the people of Goa.

We listened to the people and scrapped these SEZ projects immediately. But now there is no one in the government to hear the people’s voice.

Moreover, large-scale migration has been happening. Earlier, only uneducated people used to migrate in search of jobs, but now educated people are leaving for better opportunities outside.

They are not seeing any future in Goa. Earlier, educated people used to come to Goa and stay here.

This is a serious problem, but the government has no time to address the brain drain and migration issue.

What difference can you see between Manohar Parrikar as CM and the incumbent CM Pramod Sawant?

Is corruption an issue in Goa?

The BJP-led government is full of vested interests. Its own MLAs are making serious allegations. Three BJP MLAs made allegations against the PWD minister that Rs 17 crore had been taken for recruitment of engineers in PWD.

One candidate has paid Rs 25 lakh. There is no transparency and fair recruitment in Goa. Like Madhya Pradesh, there is another Vyapam scam in Goa.

This is a big developing scam. The allegations are serious and needs a fair probe. There is no system in place in Goa.

What impact will TMC and AAP have on the Goa elections?

Both TMC and AAP will have zero impact. In the last elections too, AAP had come with a lot of fanfare, but what happened? They did not win even a single seat in the 40-member House.

The same thing will happen with TMC. People of Goa are feeling humiliated by the way the people of Delhi and Kolkata are behaving. Goan people are not on sale.

We have our self-pride and history of fighting against tyranny. No one can buy the Goan voters. They will reject these parties of outsiders.

Goa should be ruled only by Goans, not by people sitting in Delhi and Kolkata. TMC wants to divide the anti-BJP votes, but the people of Goa are smart enough to understand the divide-and-rule tactics.

TMC says it is anti-BJP, but it has poached Congress or NCP MLAs, not a single BJP MLA. Then how can it be called an anti-BJP party? It is like the BJP’s B team that seeks to damage anti-BJP parties and help the BJP.

There will not be a division of votes. People want Congress rule to return and bring them prosperity. The Congress has made immense contribution in the development of Goa.

It gave Goa the separate statehood status, as also its own identity by granting official status to Konkani language and culture. Congress is Goa and Goa is Congress.

No one can separate them. TMC does not understand the Goan mentality. Many came and went back from here, but Goa has remained Goa.

In 2017, Congress was the single largest party, yet it failed to form the government. Will this mistake be corrected or repeated again?

The mandate was in our favour. But some leaders did some miscalculation and mismanagement, and we failed to form the government.

Our leader P Chidambaram has apologised for the 2017 blunder of not forming the government despite the people’s mandate.

People are big-hearted enough to accept our mistakes. This time, we will ensure there will be no mistake when it comes to forming the government in Goa.

This time, we will give a clean candidate who has a good image in society.

Shiv Sena leader Sanjay Raut met Congress leader Rahul and Priyanka Gandhi. Is there any pre-poll alliance with Shiv Sena or the NCP in Goa?

Decisions on alliance with smaller parties like Shiv Sena and NCP will be taken by our central leadership.

The talks with Sena may be at the senior level, but there is no such thing at the local level.

However, we will accept and implement whatever our leaders decide. We have already started our campaign at the local level and connecting with the people.